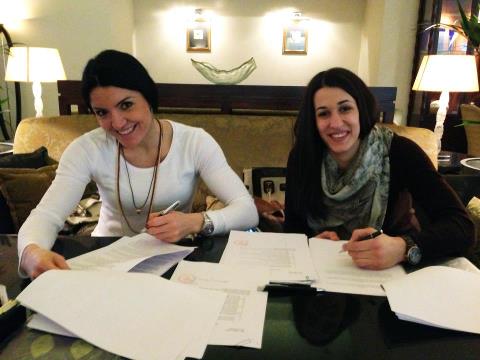 An emotional Jovanka Radicevic, who’s just been named best right wing of the Champions League, reflects on how beloved she and her teammate and good friend Andrea Lekic feel every time they’re back in Hungary: “Andrea and I, won our Champions League title here, so for us this is really special, because every players want to win this title and we achieved this with Györ. I think that’s why they like us, because for them was also the first time and the first time it’s totally different”. She remembers very well the great support they have always received in this soil and she wastes no time while asking all of those who once cheered for them, to show some support for her current club: “I just want to say that if they love us… come and support us against Bucuresti. I really hope they are supporting Vardar”, she laughs. 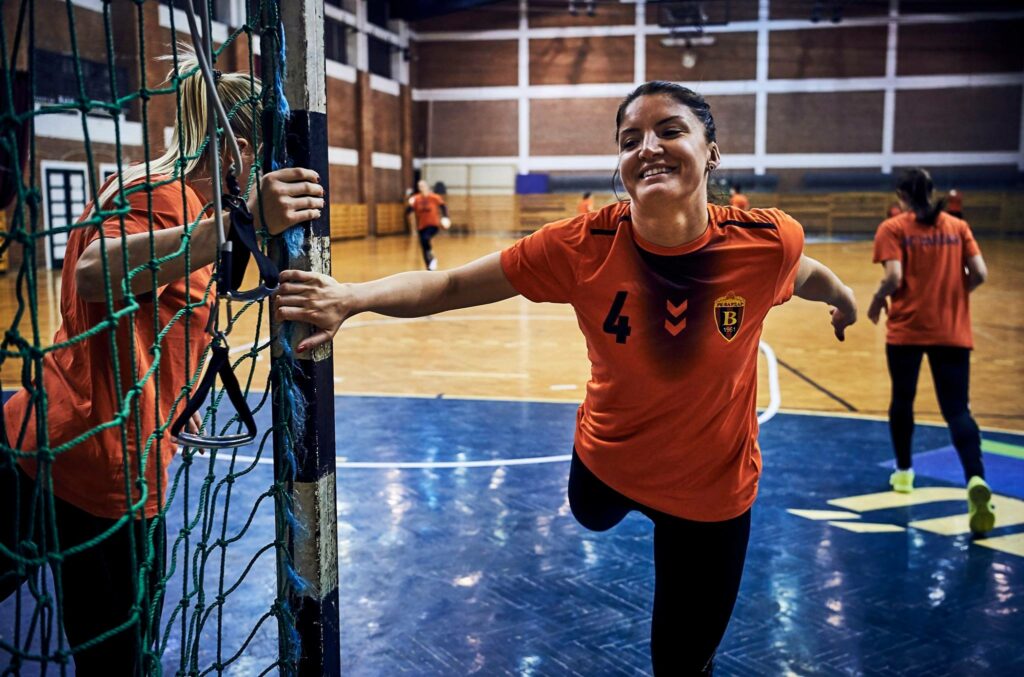 Corteous and attentive as usual, but tired after a busy and unusual morning surrounded by media, she tries to make everyone aware of the level of difficulty of tomorrow’s match against CSM Bucuresti. And so does the team captain Andrea Lekic. They both agree when it comes to the upcoming semifinal: “They are playing at a very good level so…it’s going to be hard”, assures the Serbian playmaker, and adds: “I think it is going to be an equal match. We are hoping of course that not, but my predictions are that matches like this, a semifinal of Champions League, is always hard”. And she reaffirms that the chances for both Vardar and Bucuresti “are the same”. Radicevic insists: “Everyone tells me that we have won twice against them, but tomorrow’s game will be totally different, it’s a semifinal, every player will give their best for this game…so I think we are ready to give all our energy and everything we have inside, but it will be very tough. I definitely think this is the toughest EHF Final 4 we’ve ever been to.”

The tension is tangible among players and coaches, just a few hours away from the beginning of one of the most important sports event in the world, not in handball alone; but its the smiles that prevail before all. During the media call, they show their kindest side and look relaxed, although it’s true that “the turmoil happens inside”, as the newest addition to Vardar’s bench, David Davis, says. The Spanish coach is thrilled to be in the Final 4 for the first time, but he is well aware that this is the third time that his players will try to fight for the title of European champions. “His arrival in the Macedonian team in January has brought big changes in the systems and his own players approve of it. Lekic states that their new way of playing “is a very good combination of a Spanish and Balkan style, if we can put it like this…and I think we are working really well, I think that the differences with the Spanish handball are that there are a lot of moments without the ball and it’s a really good system, suitable for myself and the team and I think we get along very good with Davis and Indira, so I think the results are showing this”.

The 2013 IHF World Player of the Year is not impressed before the media and her voice conveys calm and above all, an astonishing intelligence. She understands that the team they will face tomorrow is currently displaying a great offensive level, and repeats that the key to succeed will be based in a good defense. When asked which Bucuresti player she would bench, she looks reflective and laughs while explaining that “you never know who is going to have a good day. And they are, the all 14 players, in a very good shape”. On the other hand, Radicevic brings in the fierceness and passion characteristic of all Montenegrin players and assures that “whatever happens will be exciting”. Tough and complicated, of course, but if a victory comes along, she’ll have a special match ahead, as she’s been among the squads of both Györ and Buducnost. 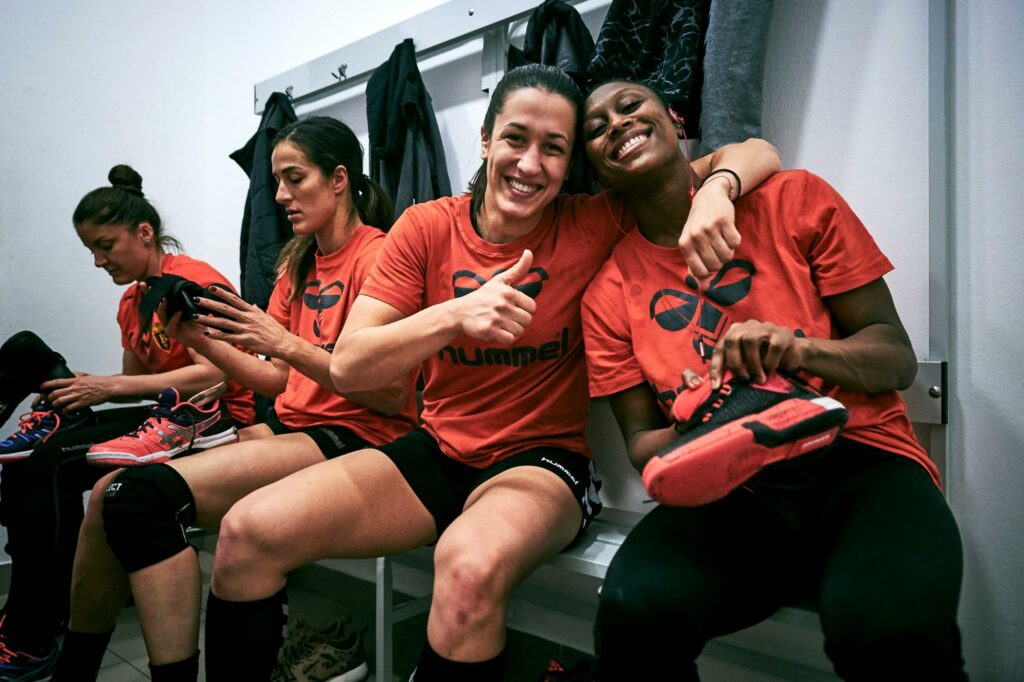 “Two games in less than 24h”, sighs Lekic. “Too many feelings in there…”, adds Radicevic. Because this is the EHF Final 4. And we’re just a few hours away from the first whistle, and the tension is almost unbearable, the tactics have been studied, the videos have been analyzed to excess and their hands have gotten tired of that sticky glue…but the time has come. The only thing left to do is to go out there and play one of the most important matches of their careers. To give it all on the Papp Laszlo Budapest Sportarena and prove that the third time is a charm.