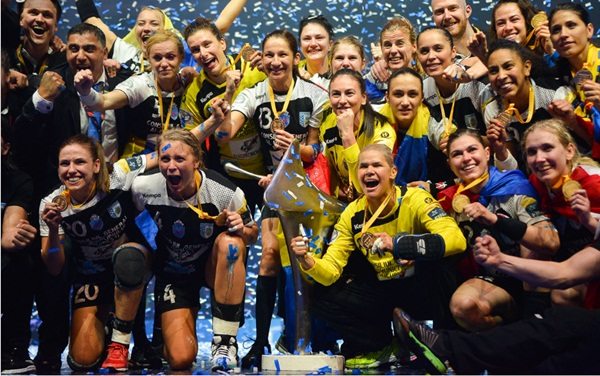 It’s match day -4 for the 2016/17 Tippmix EHF Final 4 in Budapest and in Handball-Planet.com we’d like to share a few bits of information to bear in mind and to prepare for the pinnacle of Europe’s club elite competition. The Papp Lazslo Sportarena of Budapest will host the final fights for Europe’s throne on the 6th and 7th of May.

This year’s Tippmix EHF Final 4 will have the same participants as last year and exactly the same semifinals as well (ŽRK Budućnost-Győri AUDI ETO KC; CSM Bucuresti-HC Vardar), however, this is far from meaning that we could have the same results. Looking at the performances throughout the entire competition, we could point the Hungarian champions as the most consistent team and therefore a much clearer favorite, however, the performances from the other three teams during the quarter finals have shown that it’s no coincidence that they all back in Budapest for this final showdown. On a win-or-go-home format like the one of this weekend, anything can happen and the one who wakes up better will grab a spot on the big final. Just like last year, a prognosis is reserved as the semi finals’ line up is as deadly as it could be.

Both ŽRK Budućnost and HC Vardar have taken part in all editions of the Final4 since it’s introduction in the women’s competition on season 2013/14. The Montenegrin side has lifted the trophy on their second attempt and finished second and fourth in the other two participations respectively. Meanwhile, the Macedonian powerhouse will travel to the Hungarian capital with the hope of finally making it into the final after three successive third places.

Although all four teams will compete in Budapest for the second time in a row, some of the players will be in the Papp Laszlo Arena wearing different jerseys from last year. For some of them it’s a debut in the final weekend of the competition, some will see familiar faces on their way to the dressing rooms (and one of them will face their former club in the semifinals).

Four IHF World Players of the year will take the stage

Of all of the participants of this season’s Final4, six of them have won the trophy with a different club from the one who’s color’s they’ll be defending the upcoming weekend:

Special mention to Heidi Løke who will not participate in the Final4 as part of the active squad due to her pregnancy. but that has played three matches of the season with the Hungarian team. She’s won the EHF Champions League with Larvik HK on season 2010/11.

Are you looking forward for the year’s most exciting weekend?