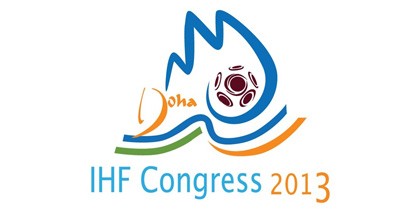 Decision about the host country of the Men’s World Championship 2019 will be made during the last day of IHF Congress 2013 in Doha, Qatar on October 28. Huge interest for organizing these kind of events made from handball “unforgettable experience” for all the fans in the hall, but also society in general and great impact on the image of host cities and countries.

After Spain, Qatar 2015 and France 2017, some of these countries will get a chance to welcome handball world:

Joined candidature of two countries with strong handball, but also financial background is maybe the serious offer for the delegates in Doha. Germany has already organized great event in 2007 with spectacular final day in “Lanxess Arena” in Cologne, while Denmark was the host nation 35 years ago – 1978, which was the year of the first German gold medal. The biggest minus for German organization was the refferes’ standard in the matches of the home team. Gold medal from 2007 was the start of new era in German handball with some great handball project as Berlin, Hamburg and Mannheim, but results of national team in the recent years stopped greater progress. Openning match and semi-finals in Germany and final day in Denmark. What do you think about that?

Sweden organized successfully the World Championship 2011 and probably the chances to repeat that in only 8 years are small, but this Scandinavian country have all the resources for that.  Last event was well organized in beautiful halls as “Malmo Arena” with 14.000 spectators where the final match took place.

The richest country in Europe organized Men’s EHF EURO 2008, but despite Scandinavian coldness in January, there were no too positive comments about the whole event. Although good level of living standard, Norway didn’t show a lot of big sports facilities and wasn’t to interested to organize big sports event. Hopefully that will be changed if they get a chance to organize World Championship.

Polish handball revolution began in Germany 2007. Great results of the Polish NT, but also two big teams, Kielce and Wisla, made the handball popular in the country of 37.mil people. Handball infrastructure will be built for EHF EURO 2016, but Polish people want more…

Two central European countries with strong handball background, especially Hungary, want to organize the biggest event in handball hierarchy. Budapest is the place for the final clash with the hall over 13.000 seats. Hungarians are the one of the most passionate nation for handball, both male of female. It could be interesting to see that….