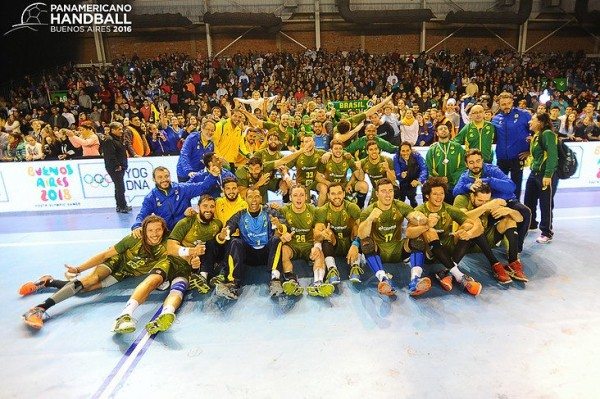 Buenos Aires hosted the most memorable Pan American Championship so far. A tournament that used to be ‘invisible’ was in everyone’s mouth for an entire week. Will this be replicated in future editions? Can we expect the same coverage in the future?

Last Sunday in Tecnópolis an unforgettable tournament that will be hard to replicate came to a close. The Pan American Team Handball Federation (PATHF) along with the Argentinian Handball Confederation (CAH) organized an event of international scale in a very accessible spot in Buenos Aires, where thousands (yes, thousands) of people attended from beginning to end, thanks to affordable prices and an offer of 6 matches per day.

The media coverage of the tournament was unprecedented, never seen before in Argentina for a sport which has gained popularity mainly thanks to the performances of the men’s national team during the 2011 World Championship in Sweden and the following qualification for the London 2012 Olympic Games. For some of the other countries in Pan America, the growth is visible as well. In the last World Championship in Qatar in 2015 Brazil was very close to eliminating Croatia in the eight finals and has exponentially inserted players in top European leagues; while Chile completed its third consecutive participation in the ecumenic tournament and then moved on to finishing third on the Pan American Games in Toronto in July, which granted them a spot in one of the three pre-Olympic tournaments where they showed great performances.

After 10 years a new Pan American Championship was held in Buenos Aires in 2012, and this time, with Argentina already qualified for the Olympic Games, the attendance was simply great. The tournament had live TV broadcasting and caught lots of attention from the media, which covered every journey. A victory in the dying seconds against the classic rival, Brazil, also helped for the repercussion. But two years later, the tournament held in Canelones, Uruguay, had a completely different outreach and got lost in the frenzy of the FIFA World Cup in Brazil (dates were overlapped). The only streaming of the tournament was pay-per-view and the follow up of the matches was only posible through Twitter and the presence of radio show Handball de Primera, which broadcasted live from the stadium the last three matches of the competition (only Argentina games). 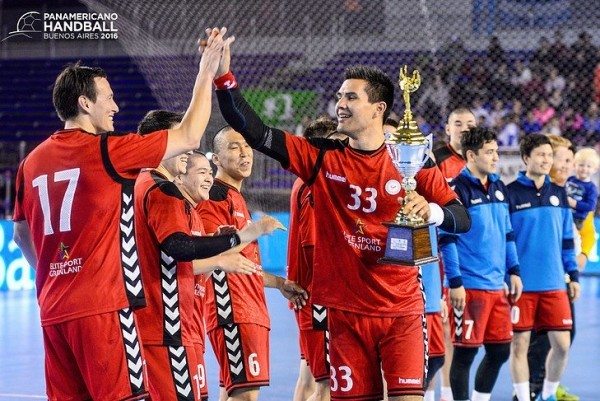 Greenland’s Minik Dahl Høegh was chosen best left back and MVP of the tournament. Photo: PATHF

This time around, only two years later, the PATHF and CAH raised the bar. Besides the live TV broadcasting for every Argentina match, there was also live internet broadcasting for every match of the competition on the YouTube channel of the broadcasting network (TyC Sports). The setup of the stadiums (one with 1,000 seat capacity and second one for 5,000 seats), the LED signage, the light show and smoke machines for the team’s presentation, the media tribune and VIP area were only some of the highlights of this event that has settled a very high bar for the upcoming organizations.

But far from trying to make this a unique tournament (as it was) to be cherished and remembered, this was meant to be the stepping stone for the upcoming ones, in both men’s and women’s editions. Mario Moccia, president of the PATHF and CAH told Handball-Planet.com that he believes that this is the way tournaments (at least the adult’s for now) should be organized from now on.

“We have learned that the tournaments should have certain standards that must be complied: guarantee good conditions of accommodation, stadiums and transport for the teams, referees and leaders; make sure that the event’s visibility is spread not only at national level, but also throughout the continent and to the rest of the world; take care of the spectators by providing a high class event in which their only worry is to find their seats and enjoy with their family”, explained Moccia. And he added: “Of course we also have to take care of handball as a product from the marketing and development points of view, respecting the guidelines of the PATHF, addressing the demands of sponsors and bringing the fans a worthy setting to enjoy the tournament”. 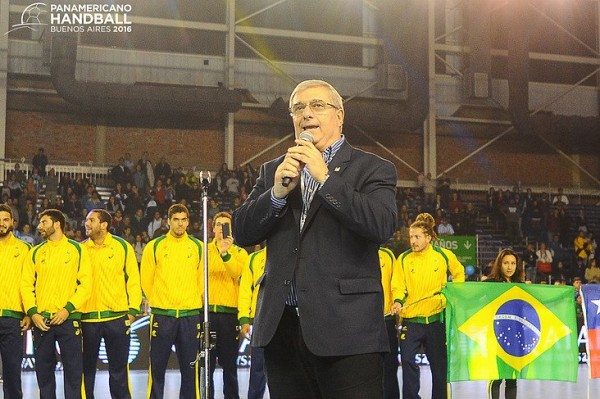 Mario Moccia, president of the PATHF and CAH during the closing ceremony of the Pan American Championship. Photo: PATHF.

To host such a big event, lots of things had to be considered. Regarding the challenges that this represented, the also Secretary General of the Argentinian NOC (National Olympic Committee), confessed: “This was a big task and we knew it from the moment we decided to make it happen. We had to sit down and make plans, do some numbers and make sure we could count on the human resources and materials so that every area could perform up to the expectations in order to gain the trust of our sponsors and the response of the fans. The challenges were all around, but we believe that there’s no other way to grow other than facing them with professionalism, effort and thoroughness”.

But what triggered this change? What has changed in the PATHF in order for it to deliver such a quality event? According to Moccia, the understanding that Pan American handball is a product with a lot of potential. “For it to be developed according to its growing possibilities and remain that way over time, it is essential to feed the growth of the sport with an estructural development; to invest in infrastructure, knowledge, and follow a long term path. The tournament that has just finished in Buenos Aires lies within that path. We needed to show, to Argentina and the rest of the continent, that with the right care and quality, handball is an attractive product. Our next task is to keep on working in order to maintain those levels of quality so they can take us to the next level.

The leader concludes that the federation that sets it mind to organizing the next tournaments will have to examine certain conditions and explain how those requisites will be met. Only then the PATHF will analyze if they’re capable of being the next hosts.

The feedback of the tournament which saw Brazil lifting the major trophy, couldn’t be any better. “Some people couldn’t really believe their eyes. We’ve put on a great show and the fans, which filled the stadiums in the last days, enjoyed the event in harmony. The biggest compliment for us was knowing that each of the participants felt respected and cared for: players, leaders, referees, spectators, sponsors, media. That’s one of the things that we take most pride of, given the complexity, but particularly due to the fact that we never organized such a large event like this”.

All of these statements leave us with the certainty that the future Pan American tournaments will not remain anonymous anymore. Or at least that’s the goal. And the next challenge will be the women’s edition, that will serve as a qualifier for the 2017 World Championship in Germany; but for now, let’s embrace the results of a very successful tournament that has certainly marked the beginning of a new era in Pan American handball.

Chile made it to their first ever Pan American final. Photo: PATHF

Some facts and figures: