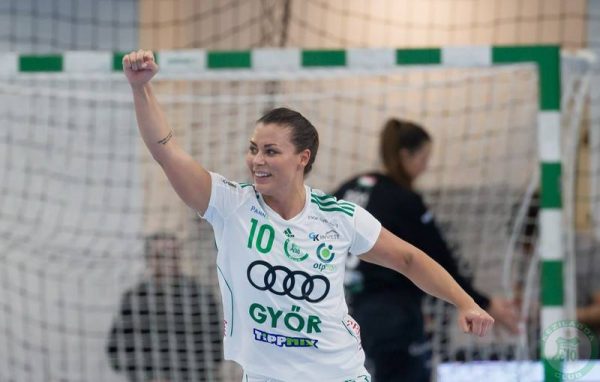 As the season comes to an end, we already look forward to seeing what the new transfers can provide for their new teams. Moves of the likes of Cristina Neagu from ŽRK Buducnost to CSM Bucuresti or Stine Bredal Oftedal from Issy Paris Hand to Győri Audi ETO KC will have us on the edge of our seats. But for now we take moment to reflect on what the 2016/17 heavyweight transfers have offered throughout the season. In Handball-Planet.com we analized some of those transfers and made our top 10 list. Take a look.

The 26-year-old Norwegian was possibly the most resonating transfer of the season. She arrived in the Hungarian powerhouse to fulfill a position that was somewhat weakened since the departure of Montenegrin Katarina Bulatovic, and complied with the expectations casted over her. With her explosion and power she completed a deadly backcourt along with Eduarda Amorim and ‘Nycke’ Groot; but surprisingly, her contribution was not only in attack, a phase for which she is mostly known for, but also in defense. “I had a different vision of what it was going to be like when I arrived, but Ambros is such a good defense coach, he makes you push yourself and he really taught me a lot this year. I’ve had ups and downs, I haven’t been perfect in attack but it was great to finish this way”, she would say after the Tippmix EHF Final 4 in Budapest. Mørk finished the Champions League season as the best right back of the tournament and was the fifth top scorer with a tally of 85.

The French right back joined HC Vardar with the same level displayed during the Olympic Games in Rio de Janeiro, where she was named in the all-star team and led her country to their first ever Olympic medal (silver). Lacrabère, who landed in the Macedonian squad from OGC Nice Côte d’Azur, was quickly assembled into the team and was one of the keys for the qualification for the Tippmix EHF Final 4. She also played an important role on the centre back position, covering for Andrea Lekic during her absence due to injury. The left handed proved to be proficient in both positions which made her one of the most determining players of the squad during the entire season.

The transfer of the Romanian goalkeeper from Baia Mare to CSM Bucuresti proved to be one of the most important among all of the acquisitions from the team of Bucharest. Ungureanu, who shared the position with last season’s EHF Final 4 MVP Croatian Jelena Grubišić, had a very good season and was one of the deciders of the quarter final series against FTC-Rail Cargo Hungaria, when she performed her best.

Another right back joins the list. The French player hired by the defending EHF Champions League champions, CSM Bucuresti, had to take the responsibility of replacing Line Jørgensen, who had suffered an injury on her right shoulder during the Golden League with the Danish national team. The Dane did not only play an important part in attack but also in defense, but that was not a problem for Ayglon-Saurina, who earned her place in a team that faced some turbulence due to the numerous changes on the bench. Her presence made Jørgensen’s absence go somewhat unnoticed.

It is no news that the French playmaker makes a difference there where she goes. But it might have been a surprise to some to see her join Brest Bretagne Handball, a team who had just achieved the promotion to France’s first division. The 2009 IHF World Player of the Year moved from Romanian Baia Mare to the team of the North of France and helped lead the club to the final of the league during their first season in the Ligue Féminine de Handball (since their comeback). A scheduled ankle surgery will rule Pineau out of the courts from June to December, but the playmaker has shown, alongside players like Marta Mangue and Cléopatre Darleux, that Brest Bretagne Handball has assembled to take over France and to accomplish the so desired qualification for the EHF Champions League.

The departure of Siraba Dembélé to Rostov Don left a vacant position in HC Vardar, but the arrival of the Norwegian international was a great way to cover up for the French captain. The 30-year-old wing arrived with high spirits and had said, at the beginning of the season, that one of the reasons for her move was that both her and the club had the same desire and objective: to win the EHF Champions League. The goal may not have been met, but she certainly played her part in reaching the final for the first time ever after three frustrated semifinals in a row.

With her explosive style, Brazilian-born Zoqbi de Paula formed a solid duet alongside Marta Batinović and contributed to the team’s success in a season that had ups and downs, but that ended up in a fourth participation in the Tippmix EHF Final 4, the first for the Spanish goalkeeper. Besides Romanian ace Cristina Neagu and the Montenegrin bombardier Katarina Bulatović, the Spanish goalkeeper was one of Budućnost’s most consistent players. 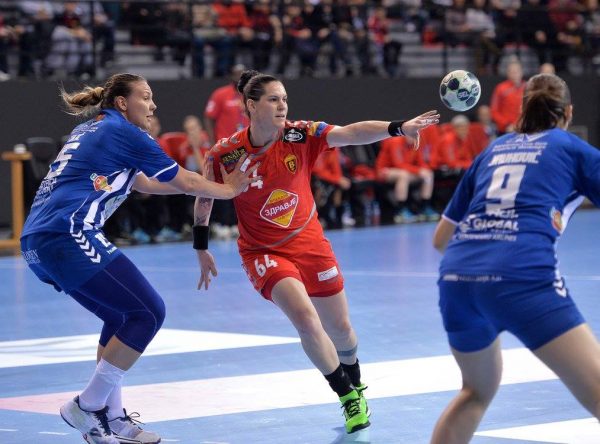 The versatile French player joined CSM Bucuresti and brought her hip-fracturing feint with her. Her astonishing speed was a great contribution to CSM’s attack and she had minutes in all three positions of the backcourt, where she proved she was equally good.

After having spent her entire career with the Montenegrin champions, the left wing moved to Bucharest with all of her defensive fierceness and shooting resources, a combo that fit perfectly with CSM’s ambitions to remain on the European throne. Despite the loss in the semifinal, the Montenegrin was happy to finish with a win on the Tippmix EHF Final 4: “I had that feeling last year when we lost both matches and I didn’t want to finish like that again, now it’s much better!”, she said after the third place match against ŽRK Budućnost and she added: “It was really hard to play against my ex club, I had a mix of emotions the whole match”.

FTC-Rail Cargo Hungaria started off the season very well and one of the additions to the Budapest-based club was Dutch line-player Danick Snelder. WIth her contribution in both areas, the Hungarian team finished second in both the group round and the main round of the EHF Champions League, in a season that included a tie in the opener against HC Vardar at the Jane Sandanski Arena in Skopje and a notorious win over ŽRK Budućnost. The Dutch national team captain also lifted the Hungarian Cup trophy with FTC after a thrilling final against Győri Audi ETO KC that was decided from the 7 meters line.

Do you agree with our list? Who would you have added? Who are your top 3?