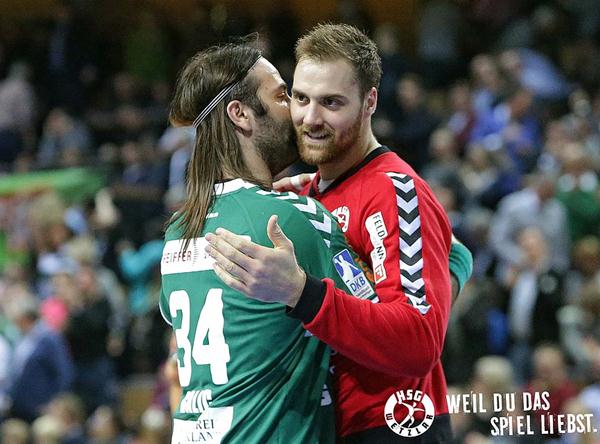 It looks that gossip stories, about future of unsatisfied German goalkeeper Andreas Wolff from THW Kiel, come to an end! Unexpectedly for the team like “Zebras”, the key of fantastic German success at Men’s EHF EUR0 2016, who came in Kiel from HSG Wetzlar, announced his dissatisfaction in the finish of previous season with decision of coach Alfred Gislason to give more time between the posts to Danish goalie Niklas Landin.

Rumours began with possible move to Telekom Veszprem in the moment of Ljubomir Vranjes settling and preparing team for the future. The new Veszprem’s coach had open statement in which he sad that Wolff is “kein thema” (not topic) for Hungarian champions in situation in which both goalies, Roland Mikler and Mirko Alilovic, have valid contracts with the team.

Another “media-offensive” has been seen a few weeks ago when information about spectacular Wolff’s transfer to Veszprem which will break all the records with 2.600.000 EUR transfer fee, could be seen in a few countries. He should come as a replacement for Alilovic, who began the last year of the contract.

On the other side, Handball-Planet.com sources talks about deal between Wolff and the Polish champions Vive Kielce. Based on this sources, German No.1 will wear “yellow t-shirt” in summer 2019, when his contract with THW Kiel expiring.

However, it is still tough to predict further steps of Polish champions as they have two goalies with long-term contracts as Filip Ivic (until 2020) and Vladimir Cupara (until 2022), who should come from BM Ademar Leon and replace veteran Slawomir Szmal at the end of upcoming season.

It will be interesting to see the end of the story as it is clear that THW Kiel won’t keep “bad energy” in the team for the next two seasons. It is more than expected that Wolff could move even in summer 2018 and leave the place for some “back-up” for Landin.

However, it  is clear that team who has goalkeeper of Wolff’s class in the roster, is capable to play and win VELUX EHF Champions League.