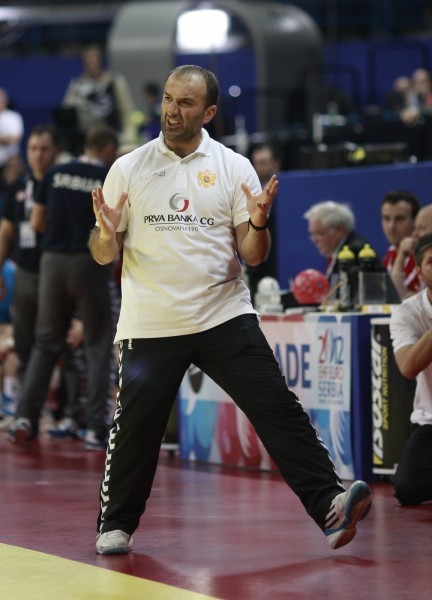 After fantastic success winning gold medal at the Women’s EHF EURO 2012, Montenegrian head-coach, Dragan Adžić was extremely happy because of historical achievement, but also he didn’t miss the chance to show his dissatisfaction with the MVP choice (Anja Edin):

– We believed in miracle and we made it! We beat world’s, olympic, but no more European champion. To beat Norway after four extra-times is unbeliavable, but for our heroines, that isn’t. EHF EURO 2012 MVP are the all girls in red. I don’t accept the others. I couldn’t take it to not to say this.

Thorir Hergeirsson congratulated to the winning team and pointed out that this will be a new motivation to his team:

– My congratulation to Montenegro. They were better today. They won after 80 minutes, because their wish was bigger. My team also did a great job. This was the third tournament in 12 months. We past tough period after the Olympic Games, came here without seven players from London. I know that it is extremely difficult to be always at the top, but this will be also a good oportunity to set some new goals and find a new motivation – said Hergeirsson, who has short comment on question – “Is this justice for London’s final and sisters Bonaventura action there):

The next Women’s EHF EURO 2014 will be organised by Croatia and Hungary.