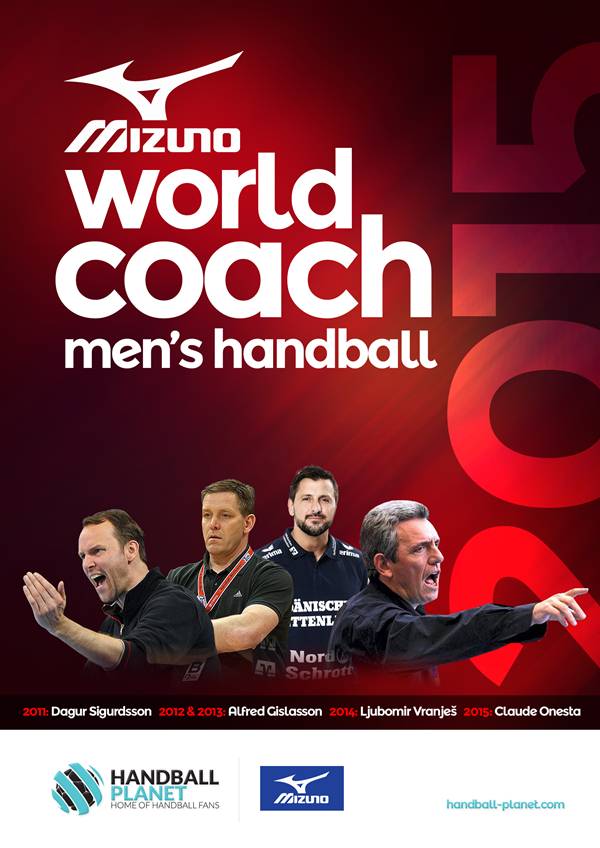 The MIZUNO WORLD HANDBALL COACH  2015 is French national team coach Claude Onesta. The new big success of probably the most powerful generation in the history of our sport, gold medal at Men’s World Championship 2015 in Qatar, was the biggest motivation for the Jury consisted of handball journalists all around the world, to praise Onesta.