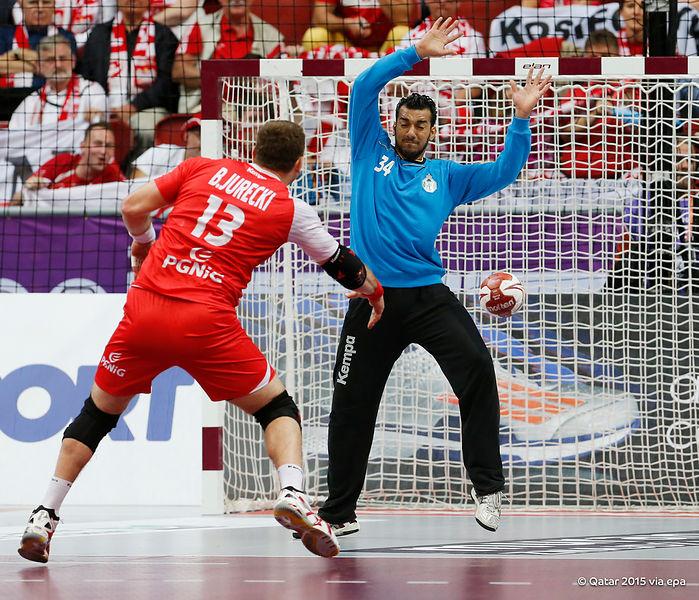 In the last match of Group D, Denmark beat Poland 31:27. The victory hands the Danes second place in the group table, while Poland takes third place.
Denmark had a wonderful start – Poles hardly could break through Danish defence and Landin was saving every ball thrown in his direction. Coach Biegler needed only 3 minutes to call for a time-out. What is more, even though Lijewski started the game on the court, he needed to come off after 2 minutes of chaotic and fast playing. Denmark gained 3:0 lead and Poland waited 7 minutes to score their first goal, which was penalty throw anyway. Polish efficiency was terrible but they started coming back and in 15. minute Rojewski equalized at 6:6. They even had a chance to take the lead but they wasted a fastbreak. The game was tight for more or less 20 minutes; terrible attack of Poland gave Denmark a chance to get ahead and they finished the first half leading 16:12.
In the second half Poles took the brighter start by cutting the gap by two goals (16:14); it turned out to be a one-time burst because right after that a few of their losses, misses and attacking fouls were used by their rivals and after 40 minutes Denmark had 7-goal-advantage (22:15). Poles weren’t backed much by their goalkeepers while Landin seemed to be in quite fine form. They improved their attack and in the end reduced the gap a little – Denmark won by 4 goals.
In the next phase Denmark is going to face Iceland, and Poland is going to play against Sweden. In the other games of the group Germany had no problem with gaining next 2 points – they beat Saudi Arabia 36:19 and take first place. Russia lost to Argentina 27:30 which means that Argentina is playing in the next phase while Russia is out.