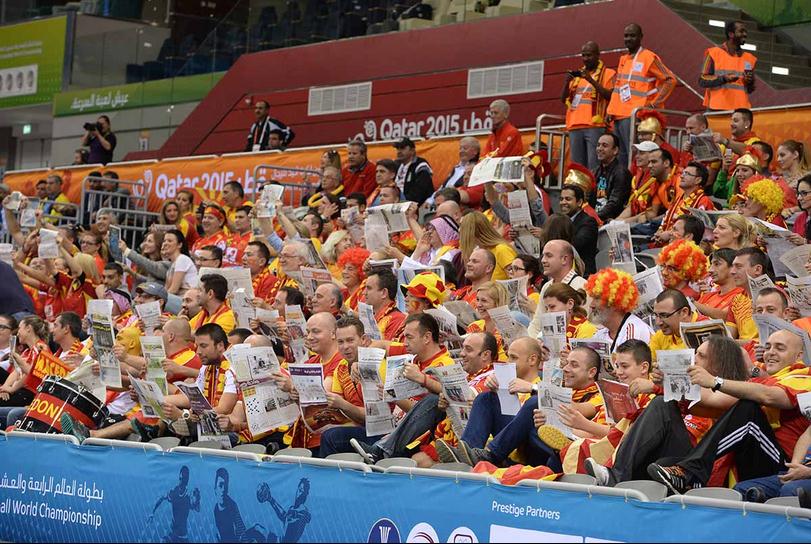 Macedonian fans have found an interesting way  to celebrate new victory over Austria 36:31, this time at the 24th Men’s Handball World Championship in Doha. They took the local daily newspapers a few minutes before the end, when it was clear that Macedonia will take the second place in the group  B, and read them instead of watching the last attacks of both teams.