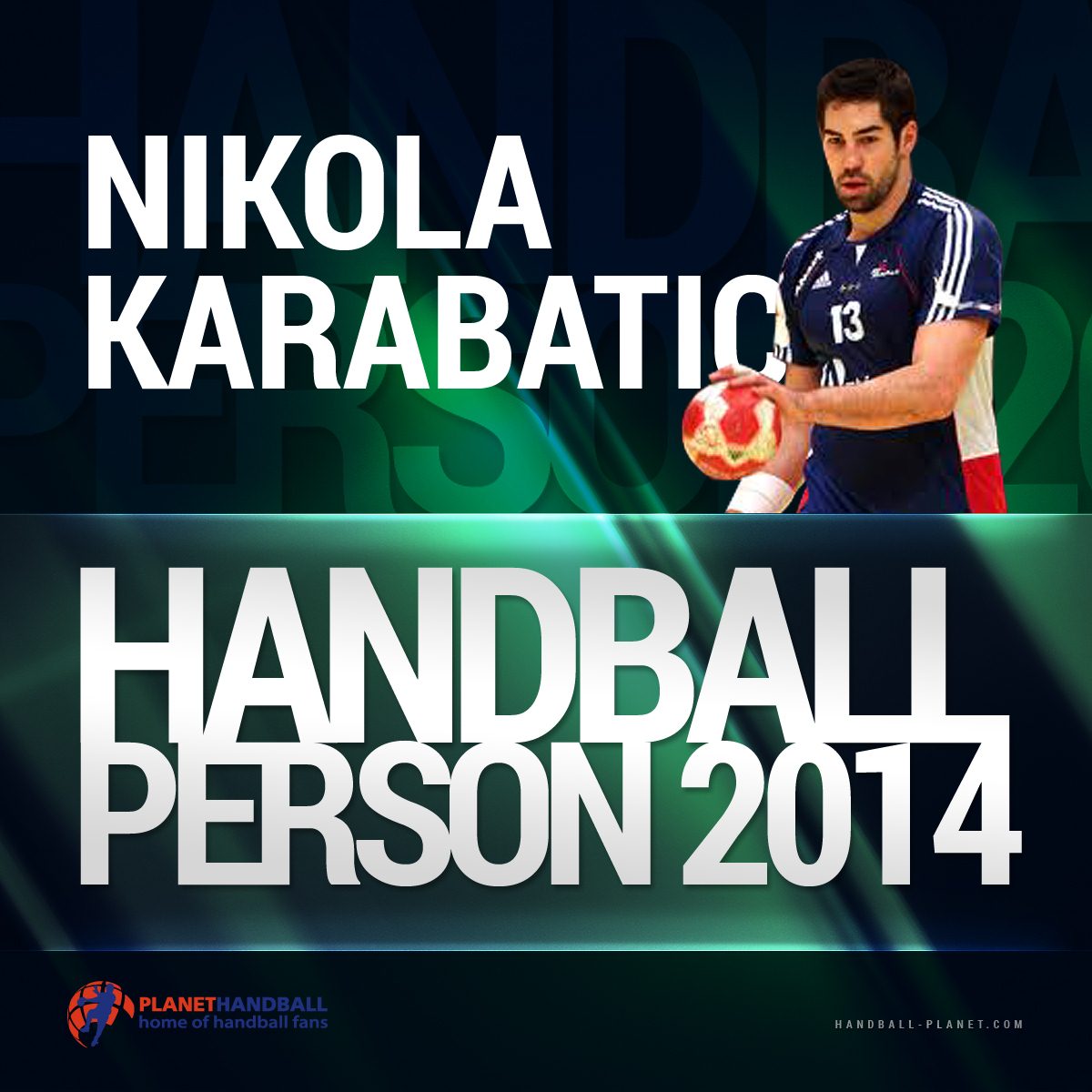 HANDBALL PERSON 2014 is NIKOLA KARABATIC. One of the best handball players of the last decade had an impressive year 2014 with a lot of success in the French national team, but also F.C Barcelona. The 31 years-old playmaker led his group of „Experts“ to the golden podium at the Men’s EHF EURO 2014 in Denmark, while the same dose of TOP quality has been seen in golden campaign in Qatar last January. Spanish FC Barcelona won all domestic trophy adding IHF Super Globe 2014 title in Doha with him as the leader.

One of the „brand names“ of the handball, guy with the biggest number of followers on the social networks, idol of many handball youngstars across the Globe, symbol of the winner won Handball-Planet.com and IHF awards for the WORLD HANDBALL PLAYER 2014.

The 12 members of Handball-Planet.com Jury gave the biggest number of votes to Nikola (5) ahead of his coach in the national team – Claude Onesta (3) and Romanian handball princess Cristina Neagu (3), who won also a vote of the fans (496) ahead of Vive Tauron Kielce TV (490).

SG Flensburg coach Ljubomir Vranješ and Norwegian coach Karl Erik Bohn, who passed away in February 2014, also got a point each.

Bjorn Pazen – one of the most important handball journalists, IHF and EHF contributor

HANDBALL PERSON has to be an example which will be followed and recognized by the global handball community. Values of achievement could be measured in number of goals and trophies, but on the same level with positive examples to the future generations, charity, commitment, battle with injuries and illnesses or great handball visions which provide “revolution” in some handball countries, teams or organizations.