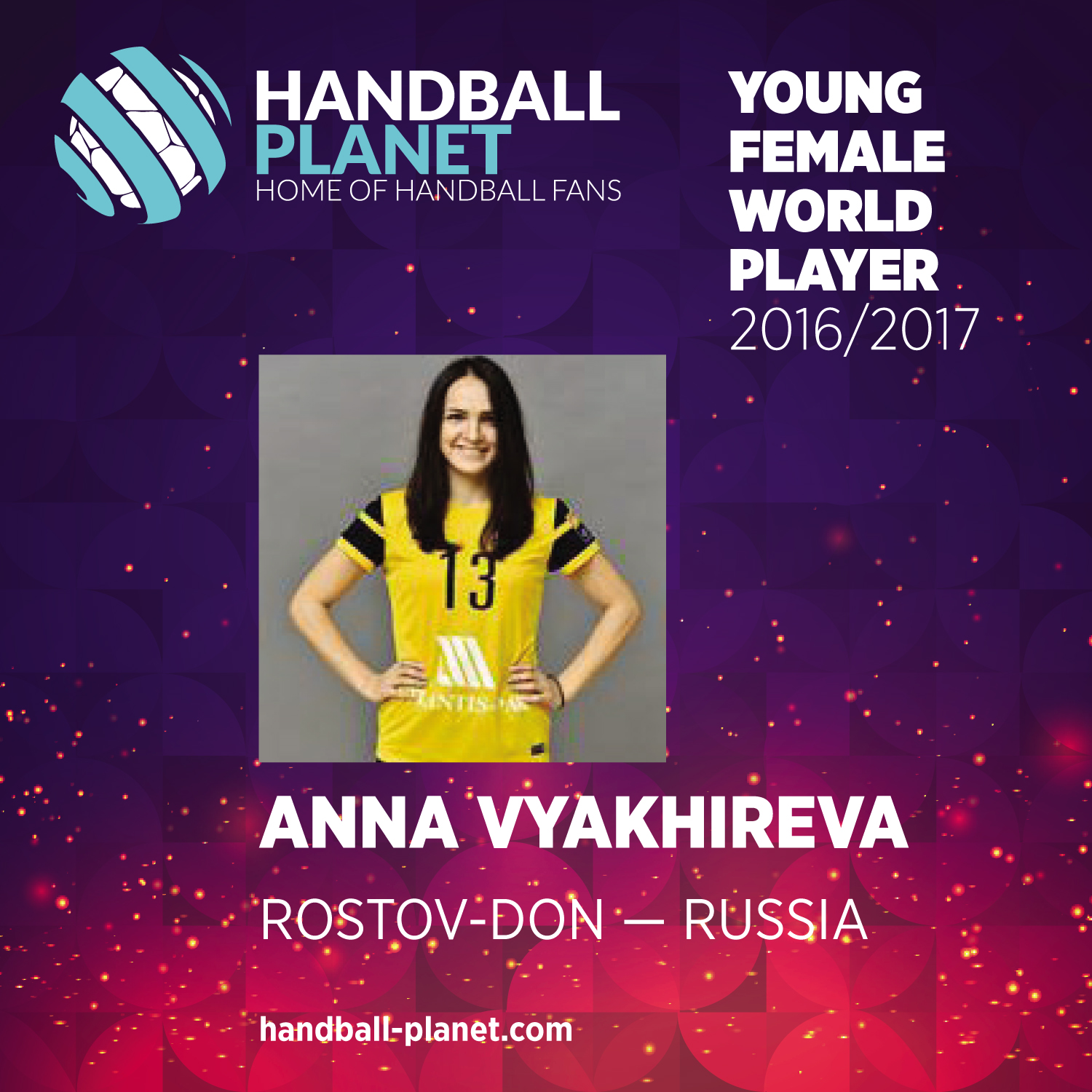 Handball-Planet.com is pleased to announce the results of Voting Contest for the Young World Female Handball Player 2016/2017 (generation 1995 and younger). The Russian youngstar, fantastic Anna Vyakhireva (1995), the Olympic champion from Rio has got the highest number of points based on cumulative votes of the international Jury members and Handball-Planet.com visitors. Oustanding performances  of the 22 years-old Vyakhireva, who scored 25 goals at EHF Cup winning campaign of Rostov Don, but also good matches for Russian national team, put her ahead in the race for the prestigious award.

Vyakhireva won the award with 22 points, ahead of two Montenegrian girls, left wing Itana Grbic (17) and left back Djurdjina Jaukovic (16).

In two weeks of voting period 18.466 votes for 28 nominated players have shown the outstanding interest for our project, who has the goal to present the future stars of our sport.