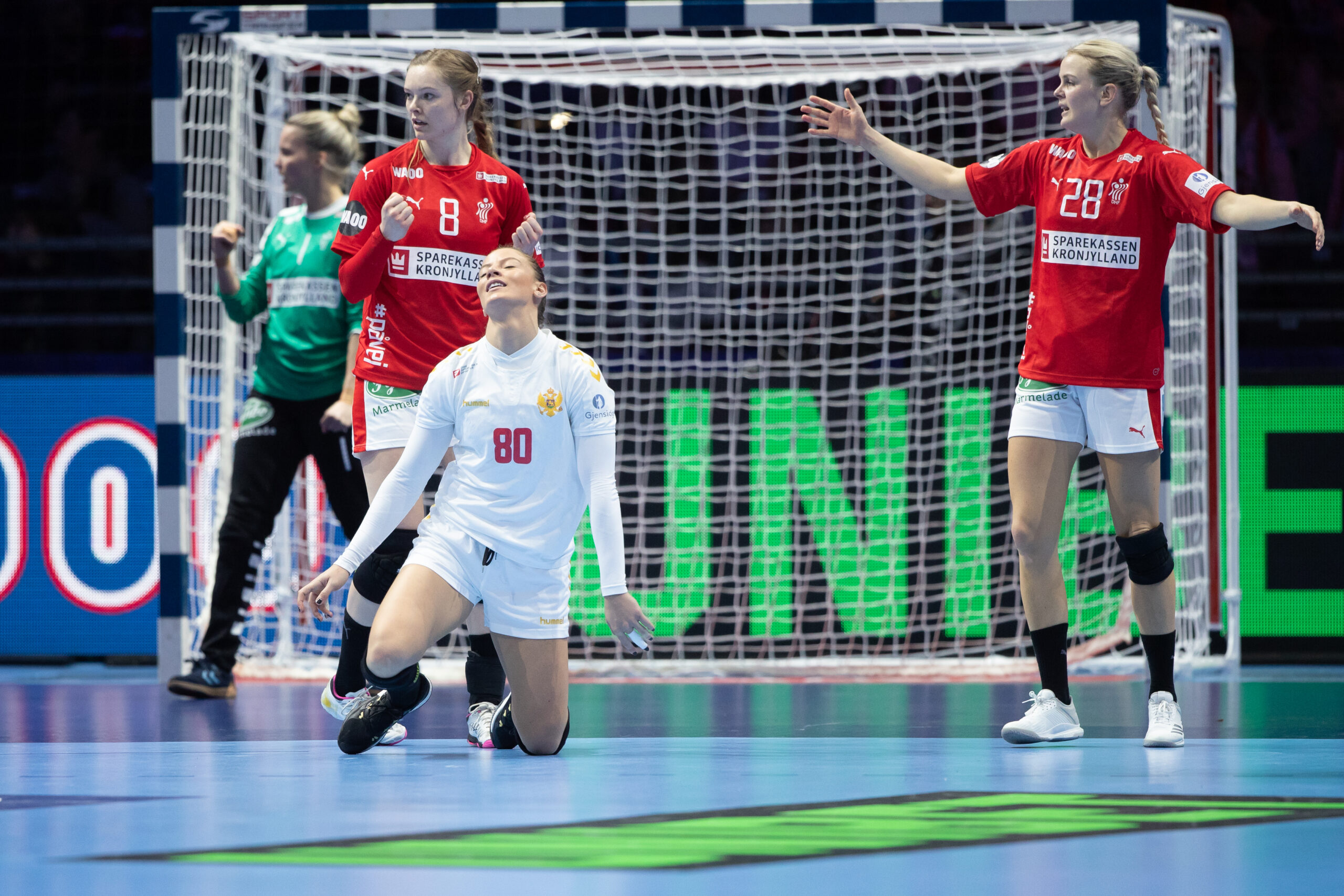 Denmark was determined to finish their participation on the European championship showing their real face, which many agreed, was not the same they showed agianst Russia on the second match of the main round. They started off better on the match and were able to mantain a good defensive game throughout the 60 minutes, which allowed them to eventually take the two points leave the Montenegrins with no chances to reach the semifinal.

Best player of the match, Anne Mette Hansen, looked a bit relieved after the match and stated: “It was a really good fight today. For us it was really important to show ourselves that we have this fight in us. We know that Montenengro always comes at 110%, so we knew we had to play really hard today to beat them”.

Győri ETO KC’s left back said they were ready to withstand the physical power of the Balcans: “We knew it would be difficult against Montenegro, because of their attitude, I really like their attitude, they play really nice and with a lot of physique and power so we knew today we had to be prepared to be beaten up a little (laughs), but I think we showed them that we can do it too”.

HP: What are the best things you take from this main round?

AMH: “I think the attitude and the fight, that we kept on fighting for 60 minutes, so this is what we need to bring with us”.

HP: And what’s the balance you make about your personal performance?

AMH: (thinks for a while) “…I think I did some good things, also some bad things. I think I have some shooting I should’ve scored, but my defense was good today”.

Jovanka Radicevic looked as sad as the rest of the team in the mixed zone. “I’m disappinted and it’s normal after this game when you loose this way. From the beginning we didn’t start how we wanted and in the end we had chances but we didn’t have luck”, started the Montenegrin captain.

“We fought and didn’t stop for a second, but Denmark started better and on the second half we showed a better game. I think we also lost this game for our own mistakes, they didn’t play nothing different…what can I say, I’m disappointed”.

HP: What did you mean by losing ‘this way’?

JR: “Well..(thinks) I am really not the type of player who speaks about hte referees, I wil never speak about it, but it’s really hard because all these five games, the criteria has been different. When you start aggressive, you immediately get two minutes; and when you want to fight, they let them with steps, and then you don’t know how to play. If they give (2’) to us for being aggressive, I hope it’s for both teams in the end. But it’s really hard to adapt, because one time you get a referee who let’s you fight, other time if you touch a litte bit it’s 2’. So, we are a team who wants to fight, and I really don’t want to fight with the referees, that’s why I always say that we lost because of our mistakes”.