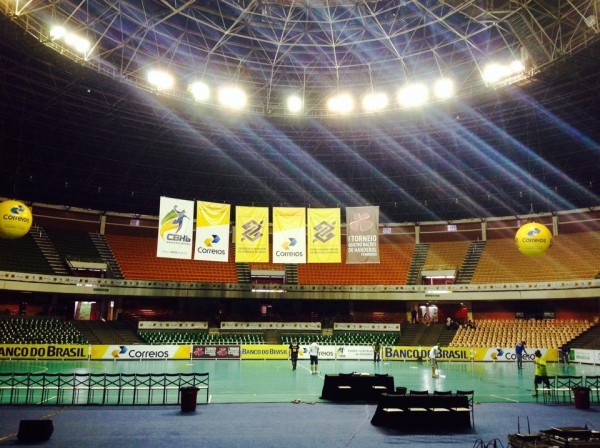 The Four Nations tournament, which was set to start today in Brasilia, had to be postponed due to climate conditions and the high humidity in the Nilson Nelson gymnasium, in the capital city of the South American country.

Defending World champion Brazil and Slovenia were to play the first match of the tournament at 19:00 local time, but a heavy rain provoked leaks on the roof of the gymnasium and due to the high humidity, it was impossible for the floor to completely dry. Moments after the cancellation of the match the captain of the Brazilian NT, Fabiana ‘Dara’ Diniz, expressed the gratitude to the public present in the stadium and what followed was a spontaneous autograph signing sesión and photo shoot with the fans.

According to the Brazilian Handball Confederation (CBHb), both teams agreed to cancel the match in order to preserve the players’ health and avoid injuries on the eve of a new World Championship. Argentina and current World’s runners-up Serbia were to play the second match of the day, which was also cancelled.

All games have been reprogrammed and the schedule will be as follows:

Brazil – Slovenia at 13:50 (broadcasted by SporTV)

The new schedule leaves no room for the South American clash this weekend, however, both teams will face each other on December 10th, in Kolding, on the fourth match of the group round of Denmark 2015.