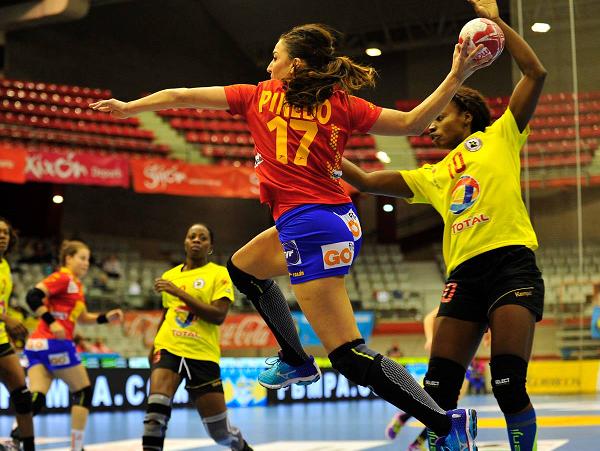 Spanish International Tournament started with an overwhelming Danish victory over Tunisia by 15:33 in Gijon, while the host team won against Angola by 37:27 after a not so brilliant game. Both European teams will measure real forces on sunday, in a very expected battle against each other. Tomorrow, the Scandinavian team will face Angolans at 17:45h and Spain will play against Tunisians at 19:45h.

Denmark set an appreciable difference in the scoreboard in just a few minutes (0:5) and continued the game as a roller over the Tunisian team. The conducted by Klavs Bruun took advantage of all African’s turnovers and converted them into fastbreak goals, showing their brilliant physical form. Tunisian coach Riadh Sanaa called a TO and reorganized his team efficiently, as they set a 4 goal difference, but Denmark continued with their fast and rough game, especially in defence, making impossible for their opponent to have any kind of reaction. Reigning world bronze medallist continued setting their authority at the Palacio de Deportes of Gijón until the very end, leaving no doubts about their style.

The game started with both teams playing too fast, but Spanish team’s defensive work made Angola precipitate and thanks to that and to sublime goalkepeer Silvia Navarro (10 saves in 20 minutes), the host set an evident difference in the scoreboard. Carmen Martin was excellent scoring from right wing and playmaker Macarena Aguilar, who was back in the national team, made Spanish attack flow. In the second half a similar story was seen on the court. Spain setting its authority and Angola, little by little trying to find spaces between the opponent’s defence, that looked like a wall. But this time was goalkeeper Ana Temprano who made it difficult for the African team to reduce the distance in the scoreboard. Spain didn’t shine as it was expected from European silver medallist, but coach Jorge Dueñas could give minutes to every player and the whole team passed the test.