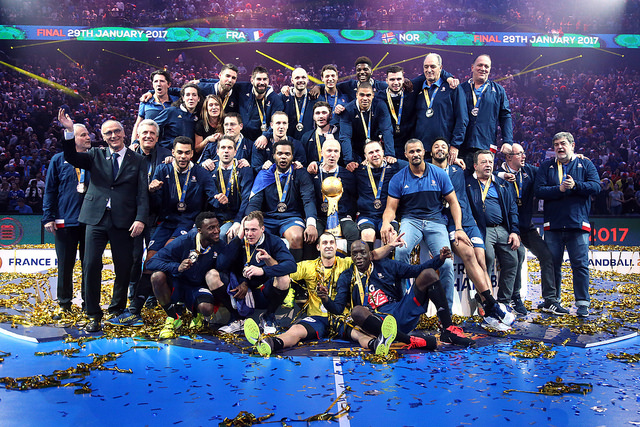 How big is success of the French women’s handball team made in Hamburg last night, the best description is coming from the handball history books! The French ladies are the third team in the history who is on the throne together with their male compatriots in the same year!

Before French teams, that did Romanians in 1961 and 1962, when both teams won Championships, and men’s team repeated in 1964.

Dinart and Krumbholz opened another chapter of handball history in Paris and Hamburg.

USSR AND YUGOSLAVIA HAVE “OLYMPIC DOUBLE”