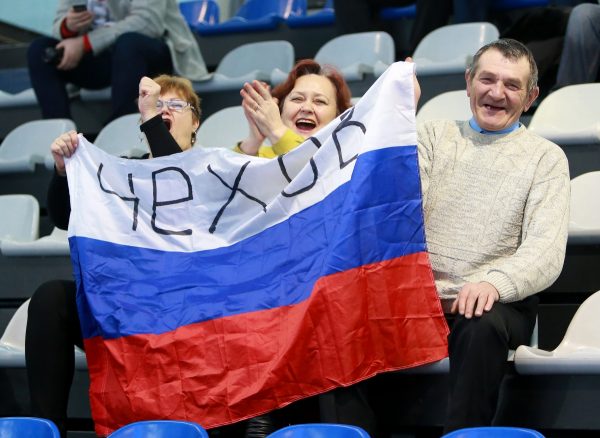 The hosts of the Women’s EHF EURO 2024 be named at the congress of the European Handball Federation, which will be held on January 25 in Stockholm. Let’s recall that there are three competing applications: in addition to Russia, the cooperating Czech Republic, Poland and Slovakia, as well as Hungary, Switzerland and Austria, claim the right to host the tournament.

If the Russians succeed, the EC-2024 matches will be held in four cities of the country: Moscow, St. Petersburg, Rostov-on-Don and Astrakhan.

How did the bidding campaign go, are there pitfalls and what is the Russian side preparing for the final battle? For details, we contacted Olga Bugaenko, Director for Development of the Russian Handball Federation:

– The work on the application took a long time. It all started with the preparation of the necessary documentation in August of last year, after which two EHF commissions we held.

Its representatives visited all cities claiming the right to host matches of the tournament, carefully examined the infrastructure. Now we are putting the finishing touches, preparing to submit the Russian application in Stockholm.

– One of the touches was the slogan of the tournament?

– This is one of the requirements for the application: to express in one phrase how we see our championship. The phrase “IN YOUR HANDS!” was chosen.

– What did you want to say by this to the handball Europe?

– Nothing is impossible when you strive for a dream. If you do your job, then everything will work out. This thought goes through our application with a red thread.

The tournament, if Russia gets the right to host it, will become a serious motivation for young handball players who are now training and believe that someday they will become champions.

I add that for the final presentation we are preparing several surprises.

– The removal of Russia from the largest international competitions, initiated by the World Anti-Doping Agency, did not affect the Russian application?

– The European Championships were not included in the list of ‘main tournaments’, therefore we were not informed of any restrictions, at least officially. Therefore, we work in the same mode in which we started the campaign.

– Have competitors’ applications been studied?

– In a minimum amount: only what is posted publicly on the EHF official website.

– Based on the available data, can we identify our strengths?

– First of all, the fact that the application contains only one country rich in historical and cultural traditions. I think over the years we have managed to prove to the world that to compete in our country is interesting and not at all scary.

– The country is one, but the distances are impressive…

– This is true. But in the application, we emphasized that the transport connection between the cities was excellent, not a single flight would take more than three hours. There are regular flights, and we can arrange charter transportation.

By the way, inspectors liked the Sapsan train running between Moscow and St. Petersburg, they rode it with pleasure.

– By what criteria were the cities included in the application selected?

– Rostov-on-Don and Krasnodar, which were initially included in the list, were selected as large handball centers, and Moscow and St. Petersburg were included in the application not only because of their status: considerable experience has been accumulated in hosting the largest international forums. In addition, these cities are attractive for tourists.

Unfortunately, according to the results of the first inspection, representatives of the European Federation did not approve of holding the tournament in Krasnodar. We had to make changes. On the other hand, Astrakhan declared instead of it was also on the preliminary list, but then we stopped at four cities, deciding not to inflate the application beyond the necessary.

Four cities are the best option for holding a tournament and forming a grid of matches. Inspectors had no complaints about Astrakhan. They liked the arena and the people who work there: their burning eyes and the desire to accept the competition.

– More precisely, the questions were only about the arena in Krylatskoye. We found a replacement promptly – the Palace of Gymnastics of Irina Viner-Usmanova in the Luzhniki Stadium. It appealed in all respects.

– Did the inspectors have other comments?

– On the contrary, we received the most positive response. For our part, we made it clear that we are ready to hold the European Championship at the highest level and in strict accordance with all requirements.

Note from FC. Continental handball championships in Russia have not yet been held, but the world forums – three times. In 2005, St. Petersburg hosted the women’s world championship, in 2015 in Yekaterinburg the youth world championship (U-19) took place, a year later a similar girl’s tournament (U-20) was held in the capital.

– The experience gained by the federation in organizing large-scale handball competitions was included in the list of arguments?

– Of course, all this is reflected in our application book. And not only this. Do not forget that Russia has hosted major world competitions in various sports, as well as the 2014 Winter Olympics.

Our task was to show that the country is successfully coping with the most important competitions, and it does it perfectly.

It is important for European officials that the teams are in a comfortable environment. Knowledge of English, professionalism and many other requirements for employees of sports complexes are required.

– Infrastructure outside the halls was given equal attention?

– Of course. They evaluated the availability of arenas, the presence of parking lots, and other logistic parameters. They looked at the hotels that we offered to accommodate teams and officials.

They were interested in literally everything. Even the distances from the airports to hotels and how we plan to solve the problem of traffic jams.

– What other nuances of the application entered the zone of intense interest?

– Great importance is attached to marketing policy. The requirements regarding it are detailed to the smallest detail. The application had to indicate everything in detail. For example, what will be done to sell the maximum number of tickets. What entertainments are provided in arenas and in fan zones – all so that the fans are satisfied.

Advertising policy is equally important. Tournament announcements, various events preceding the European Championship. By the way, they must happen not only in Russia. Tournament mascot tour and stuff like that.

Such a number of details only pleases. There is a complete understanding of what needs to be done and how.

– The teams will be provided with comfort, there is no doubt about that. What about the fans?

– We plan to invite world travel companies to create a special offer for fans who want to visit the European Championship. We saw something similar at the world forum in Germany. I hope the idea can be implemented.

Such a tour should include tickets for matches, flights, accommodation, city tours. Maybe visiting theaters, museums. Everything should be thought out as much as possible so that the fan does not know any worries.

In any case, we count on the maximum number of guests.

– They will be mandatory, this is one of the requirements of the European Federation. I’m not sure that the events will be held outdoors as the tournament is scheduled for the end of the year when it is cold.

But in all the host cities there will be places where you can watch matches, participate in contests, and get an autograph from a famous athlete.

Master classes for young handball players are planned without fail. The opportunity to chat with idols, take pictures – all this will give children motivation for training.

– The costs of the tournament will fall on the shoulders of the Russian Handball Federation?

– The regional authorities sent letters to our address in which they express support and readiness in every possible way to support the federation, including financially. Costs are likely to be divided in proportion to the number of matches scheduled in a city.

– It is assumed that all four cities will host the preliminary stage games. The matches of the main round will be held in two capitals. Well, and the final weekend will be held in Moscow. We hope that there will be a full house at the ‘VTB Arena’ in the days of decisive games.

– What about the readiness of the arenas?

– Modernization will be required almost everywhere. For example, the gymnastics palace of Irina Viner-Usmanova was opened only six months ago, and they never played handball there. This creates certain difficulties.

Handball games have been held at the ‘Sibur Arena’ in St. Petersburg more than once, always – ideally in terms of organization. We know what to expect from those halls where handball is regularly played. But you still have to work to bring everything in line with the regulations.

In Rostov-on-Don, there is a plan to build a new arena. This will benefit both the city and the local club.

– Will they make it in time?

– We are counting on this. We were given guarantees, so we hope that the arena will appear on time.

– In your opinion, are the chances of getting the European Championship real?

– It is difficult to imagine how the representatives of national federations will vote. We did everything we can to succeed and hope for the best.