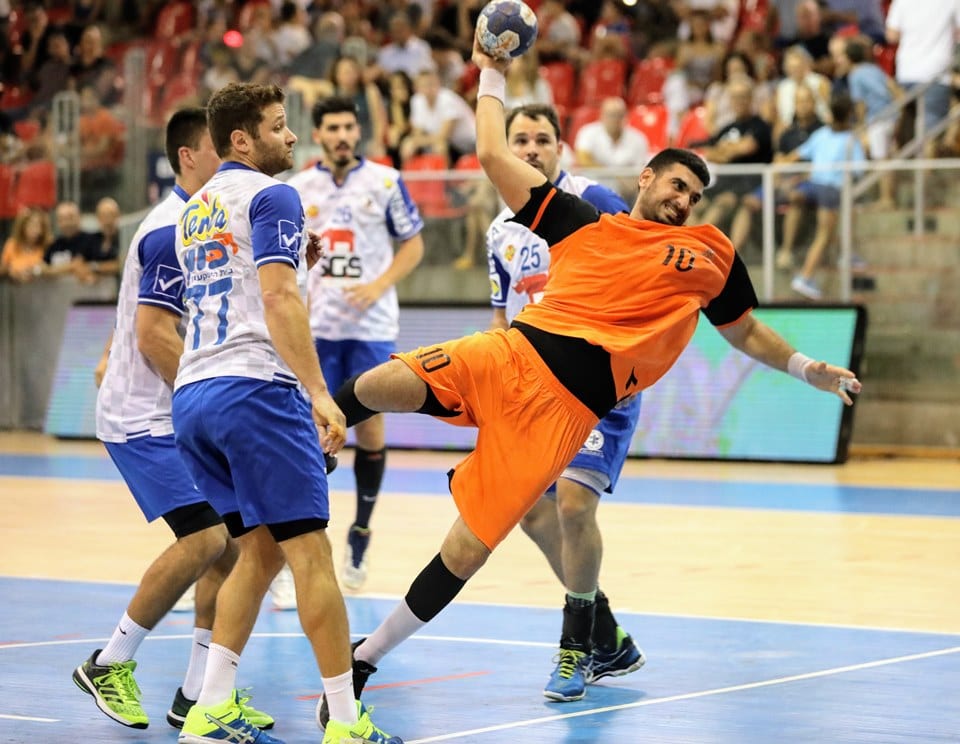 Share
Tweet
Share
Share
Email
Comments
WRITTEN BY: Dean Shmuel Elmas
With former Serbia national team’s assistant coach, Vladan Jordovic, SGS Ramat Hasharon president thought that his team can bring the Israeli championship and national cup. But after the 5th matchday in the Winner League, Ramat Hasharon won five points and stand at the sixth place (Ramat won League Cup).
The last reason for that is H.C Ness Ziona, maybe not the biggest club in Israel but with great coach, Omri Maimon. The match between the two sides started with good performance by Ramat Hasharon and especially Sloga Pozega ex, the left back Milan Pavlovic. The two teams went to locker room after 16:11 for Ramat Hasharon in the end of the first half.
The second half was the total opposite. Ramat Hasharon defence absolutely disappeared and the Ness Ziona defence with the Pivot Noam Atishkin and the goalkeeper Oren Meirovic led the “Tigers” to the comeback and the 29:32 win.
On Monday, SGS Ramat Hasharon will meet HC Beer Sheba in a match from the 7th league matchday because of the match vs. ZNTU-ZAB Zaporozhye in the Challenge Cup 3rd round (November 23-24).
The Matchday has started already on Thursday night with the match between Hapoel Ashdod and H.C Beer Sheba that finished with 32:21 for Ashdod. The comers looked fine in the first half but Ashdod’s Serbian goalkeeper, Tomislav Stojkovic, was too good for them in the second half. The first German player in the Israeli handball, Gabor Langhans , scored 8 goals for Ashdod.
A team that did an easy job for herself is Maccabi Rishon LeZion that beat H.C Holon 26:36. Saar Frenkel Players will host Saint-Raphael Var Handball for the first match in the EHF Cup 3rd round in November 17th and before They will meet Ironi Rehovot on Monday for a match from the 3rd matchday.
The city rivals, Israeli champions and cup holders, Hapoel Rishon LeZion, didn’t shine but did what they need to beat Hapoel Kiryat Ono 27:20. The “Reds” found the way to win without the injured left back, Savo Mester, that almost didn’t play from the season’s beginning. Without him, the captain Guy Cohen, Novak Boskovic and the talented U21 national team, Shaun Sless, scored 4 goals.
Finally, last regular season’s 3rd place, Bney Herzliya, achieved the first win for the 2018/19 season, 35:37 on Hapoel Ramat Gan. On Friday, Ramat Gan led by 5 goals but Herzliya with the national Israeli pivot, Yossi Appo, who scored the winning goal vs. Poland did what they needed for the win This is unbelievable that Herzliya in the 7th place with the worst team’s defence – 35 per match (!).
The biggest surprise of last season, Ironi Rehovot, continue their winning path with 32:29 on Maccabi Kiryat Motzkin. The Bosnian/Serbian right back, Nikola Skrobic, was the best on the field with 6 goals.
Next Friday: Maccabi Kiryat Motzkin – Hapoel Kiryat Ono, Bnei Herzliya – Hapoel Rishon LeZion, H.C Ness Ziona – Hapoel Ramat Gan, H.C Beer Sheba – H.C Holon, Ironi Rehovot-Hapoel Asdod.
The Match between Maccabi Rishon LeZion and SGS Ramat Hasharon postponed to December 10th because of Maccabi’s EHF Cup 3rd round match.
STANDINGS: