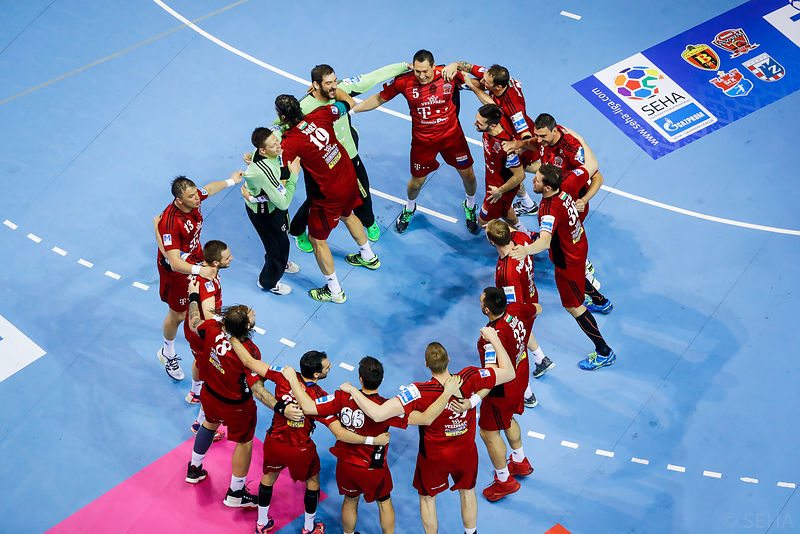 It was close once again, but Telekom Veszprem stayed at the TOP of Hungarian handball in battle for the first trophy. The reigning Hungarian champions beat Pick Szeged 23:22 in the final of Hungarian Cup in Debrecen by winning goal of Aron Palmarsson, who used the chance from 7-meter throw after Matej Gaber was sent-off two seconds before the buzzer.

Szeged netted for 22:22 a few seconds before the end, but without goalkeeper between the posts, Veszprem tried to score which is stopped by rough foul of Slovenian line-player. Decision was clear, red card and 7-meter throw for Veszprem.