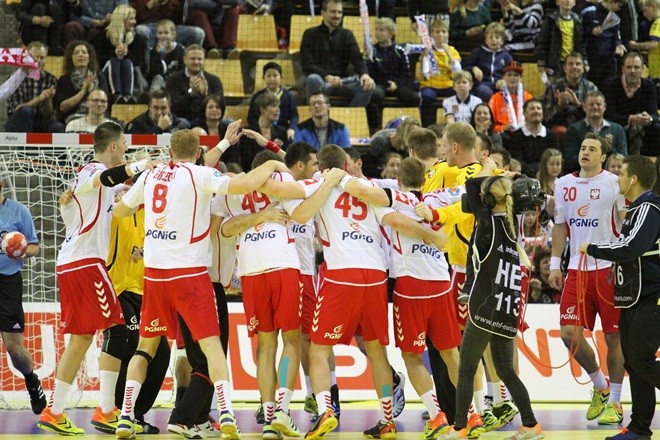 Poland defeat Belarus 31:30 (14:13), after a dramatic last two minutes of the match in Aarhus, that saw the side lead by Michael Biegler completely overturn the match and win with the last second shot.

The Slavic duel of the European championship Main round, started fairly slow as it was only 8:8 after 20 minutes played in the first half. Belarus recovered from a two-goal deficit twice, with Rutenka and Babichev scoring two goals each five minutes until the end. Jureckibrought the three-goal cushion at 13:10, first in the match as there were less than two minutes left until the half-hour mark. The very last minute of the half saw Shylovich score a brace with a hope of leveling the score before the break, after BartlomejJazska was denied the fast throw, but the eventual tie will wait until the end of the half-time break as the time had ran out on Rutenka and co.

The second half saw the match immediately but back on level terms, with the save from Wyszomirski who replaced the number one choice Szmal, allowed Nikulenkau to bring the score to a draw. Jurecki made two mistakes in only 8 seconds to allow Rutenka a chance to take the lead for Belarus. The Barcelona left-back hit the post form a penalty, but it was his brother DzianisRutenka that made amends only two minutes later to bring 14:16 for Belarus with a brace from the left wing, three minutes from the start of the half. 46th minute saw Belarus with a four-goal lead as Rutenka pounced on the opportunity of having space in front of him to score from 9 meters, what’s usually his bread and butter.

Last five minutes saw a real drama unveil at NRGi Arena as Jurkiewicz scored, in what will prove the key moment of the match to keep the score within two at 27-29 with 3 minutes to go. Next period saw the Belarus lead melt in a Polish power-play, as the time ran out.It was 30:30 in the he last minute, as everybody anticipated a bore draw, but who else rather than the hero, Jurkiewicz who brought Poland the invaluable win in the dying seconds of the match with a goal for 31:30.