Lazarov for Marca: "Spain are favorites, but we will try to win a point" | Handball Planet 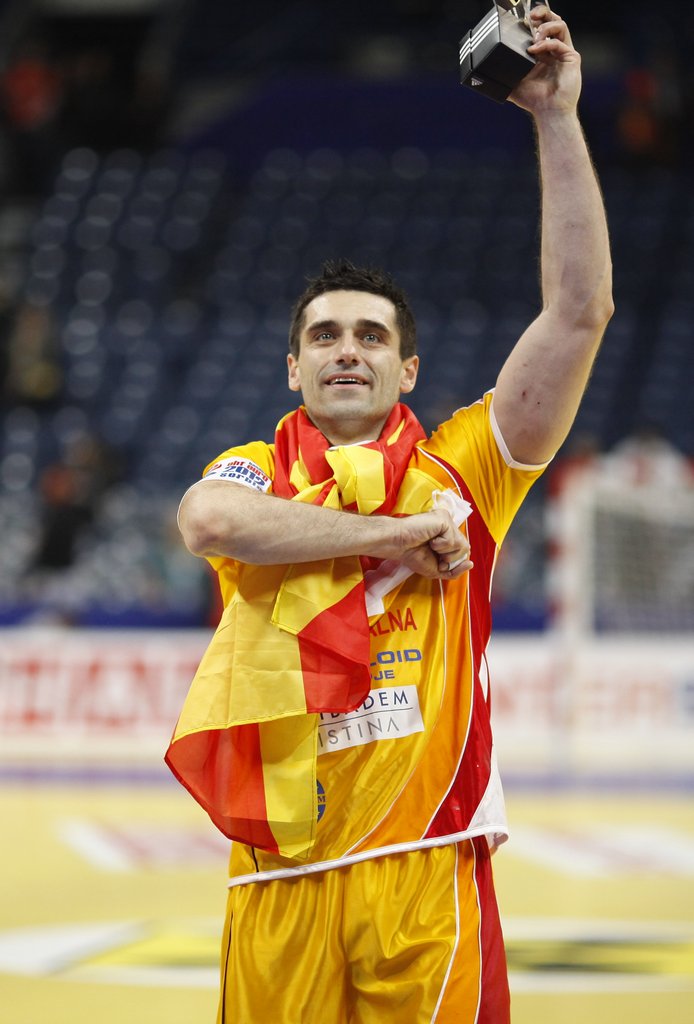 Kiril Lazarov, Macedonia’s best handball player at the moment, gave his thoughts on the incoming match that his team will play against Spain, first in Skopje, then few days later – in Guadalajara. For the clash in Skopje Lazarov admits that Spain are favorites, but the hosts will try to do everything to get at least a point from them.

“It’s obvious that Spain are favorites, in both games in Skopje as well as in Guadalajara. Our goal is to get at least a point which will keep more alive out options to participate at the European Championship 2014 in Denmark. It’s our first training together with our new coach, and in the few days that we have available to train together it will be quite difficult to introduce new things. We have never played Spain before, so I can’t say it Spain will be one of the opponents that we can prefer playing or not.” – said Lazarov for marca.es.

Spain will miss Aguinagalde for this match, but Raul Entrerrios makes his come back after being injured for the World Championship 2013 in Spain at which Spain were crowned World Champion.