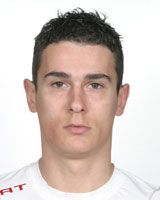 The Zarko Markovic and Montenegro national team saga have its epilogue. Frisch auf Goppingen’s right back, Zarko Markovic, as it was expected, did not show up at the scheduled meet-up of the national team and trainings. Official explanation from Zarko Markovic did not arrive, and he did not play at the World Championship in Spain either.

Zoran Kastratovic, Montenegro’s coach said that he was angry with Markovic’s behaviour: “It’s normal that every coach will want to rely on such a player. He plays greatly in both – attack and defence. It’s up to him if he wants to play for the national team, and when he does that, I can responsibly say that after his first game played I will resign from the post coach of the national team”.