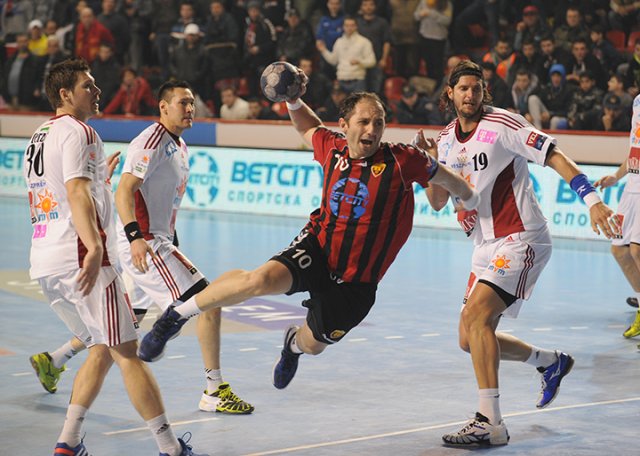 What a fantastic night for Macedonian handball! Historical success made two TOP teams from the small Balkan country, RK Vardar and RK Metalurg by beating the rivals for the VELUX EHF Champions League TOP 8 places! RK Vardar made one of the biggest sensation in the history of EHF Champions League, won against current champions HSV Handball 30:29 in Hamburg (first match 28:28), and forced Europe to start search for the new best team!

Runners up, RK Metalurg showed again, classy performance in Denmark against KIF Kolding Copenhagen 30:26 (15:13). Lino Cervar’s team had +6 from the first match in Skopje (23:17), which made the resistance and concentration of Macedonian squad unbeatable for nervous Danish vice-champions. During 60 minutes there were no moment in which Danish team could make serious problem to their guests…

Fantastic Slovenian right back, Renato Vugrinec was a key player once again, scored 10 goals for the winning team, while Russian left back, Pavel Atman scored one goal less….