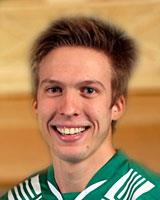 Norwegian goalkeeper Magnus Dahl (24) joins BM Atletico Madrid for the upcoming season. After domestic Fylingen and French Paris, talented Norwegian goalkeeper will try to help Javier Hombrados in the challenges in ASOBAL and VELUX EHF Champions League. Dahl will be probably a substitute for  Arpad Sterbik, who is in the final stage of negotiations with F.C Barcelona. Transfer fee is between 400.000 and 600.000 EUR, but the bigger problem for Barca is that they have already two goalkeepers – Saric and Sjostrand. Another story says that Sjostrand could find a new team quickly, after he moves to THW Kiel next summer – 2013.