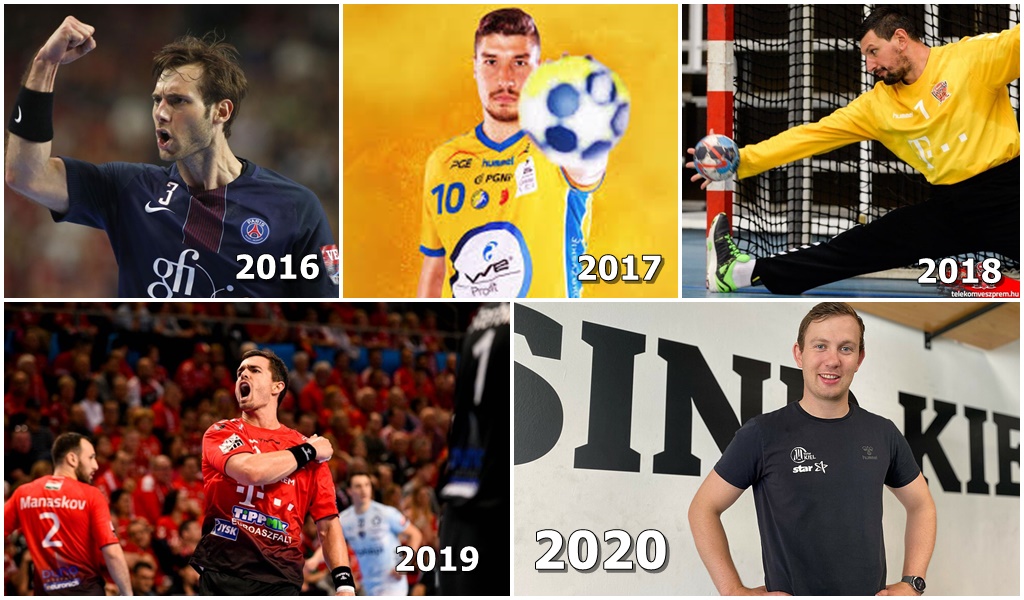 Handball-Planet.com list of TOP 100 transfers, traditionaly, prepared before the start of the season ahead of us since 2016, attracted a lot of attention across the handball Globe.

The Norwegian superstar Sander Sagosen (THW Kiel) has joined an amazing crew of the players who got the title of the „biggest transfer of the season“ with the aim to break the „anathema“ of all previous title-holders who didn’t won the most prestigious title in the world of handball – EHF Champions League crown.

Uwe Gensheimer went to Paris Saint Germain Handball for the season 2015/2016 from Rhein Neckar Lowen, but in three years, the 34-years old left wing couldn’t conquer Cologne with his team-mates from the „City of Light“.

After he made it all with RK Vardar Skopje in June 2017, Alex Dujshebaev has opened the new chapter of his career with Lomza Vive Kielce. In three years, the older son of Talant Dujshebaev didn’t reach the final match of the EHF CL in jersey of the team who won the crown in the historical final against Veszprem in 2016.

Arpad Sterbik has closed the cycle in proffesional career by taking a chance to play for Telekom Veszprem again, his first foreign club (2001-2004) after RK Jugovic Kac. Sterbik came to Veszprem in summer 2018 in order to make the dream come true as he didn’t managed in 2002, when Hungarians lost the final against Magdeburg. At the end, in two seasons, Sterbik didn’t lift the trophy. Veszprem has lost 2019 Final against Sterbik’s previous club – RK Vardar Skopje (2014-2018).

The last on the list is Danish super-star Rasmus Lauge. The 29-years old playmaker came in summer 2019 to Veszprem after successful years at SG Flensburg Handewitt, where he won German Bundesliga twice. However, the first season couldn’t finish with the trophies as corona-pandemic threw the season, although, EHF CL qualified Veszprem for the Final4 event which will be held in December.

Is December 2020 the moment where we will seen the „TOP transfer“ at the highest podium with trophy in the hands or that will be maybe in May 2021?