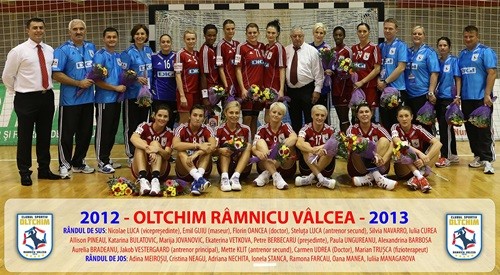 Romanian Oltchim will have the biggest possible ambitions in the Women’s EHF Champions League until end of the season. Alexandrina Barbosa and Silvia Navarro made agreement with the team and withdrew their demands for contract break. Romanian champion has still chances to qualify for the semi-finals, but president Petre Berbecaru wants also to avoid Gyori in that clash, which means that goal is to win the group.

Decisive match will be the next one in Budapest against FTC.

Oltchim is looking to find deals with Stanca and Pineau.