Silvia Navarro: “We must play a perfect game against Russia” | Handball Planet 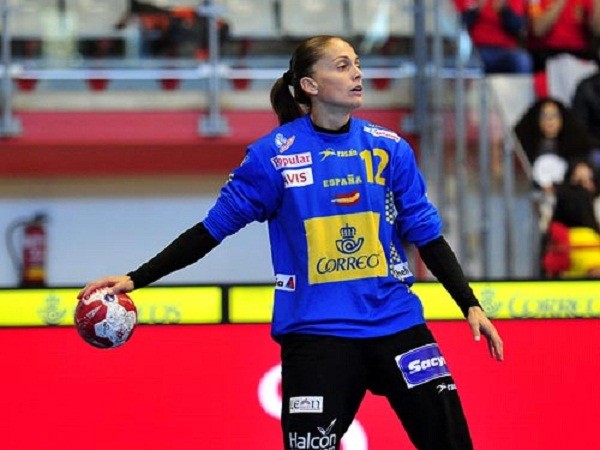 Spain started their road to World Champion title with a win. Their first match was supposed to be the ‘easiest’ one and so it was. The conducted by Jorge Dueñas showed they have 16 really competitive women on the roster as they won 31:10 over Kazakhstan and key players could be given a rest. Tomorrow they will measure forces against one of the toughest NT, the well-known Trefilov’s Russia, who beat Norway by the minimun difference (26:25). Handball-Planet could speak after the match with brilliant Spanish goalkeeper Silvia Navarro, whose humility should be lesson for everyone.

Spain have started the World Championship with an overwhelming victory over Kazakhstan. Do you start with good feelings?

The first game of every championship is always special. There are a lot of nerves and you always try to have good feelings on the court. In this case we didn’t have so many references about Kazakhstan, and this fact added more difficulty to the match.

Apart from the huge difference set in the scoreboard, statistics showed your team suffered too many turnovers during the match. Could you explain why?

Well, I think it was due to the nerves of the first match. But I think this is why we always try to make our best in every training season, to avoid errors such as those turnovers. I think those kind of things are normal at the beginning.

As to the Spanish goal, you and Darly Zoqbi both made a good job against Kazakhstan. You just received 5 goals each one. Certainly both you find yourselves in a great time…

I would never be tired of saying this. Goalkeepers are so lucky of having in front of us a defense such as the Spanish one. Thanks to them we have half of the job done and this is shown in the final result.

As a team from the Group D, were you surprised by the Russian victory over Norway?

Not actually, because I think Russia is playing almost perfectly. Norway made a brilliant job as well, but finally it was the details that determined the victory of the Russians.

You will face Rusia tomorrow. Which do you think is the key to impose on them?

We must play a perfect match against them. We have to stay concentrated from the first minute to the final one, and be really good in every aspects paying attention to every details.

What do you think is the most dangerous aspect of Russia?

Fastbreaks, the tough defense, their tall players, their shooters, who have a great potential, and of course goalkeepers. It is a very complete team.

Apart from the sporty side, how was the first contact with Denmark?

Very good! In this country you can breathe handball since you off the plane. We have been received fabulously. Just one thing to say, it is very cold, but we were not surprised [she laughs].