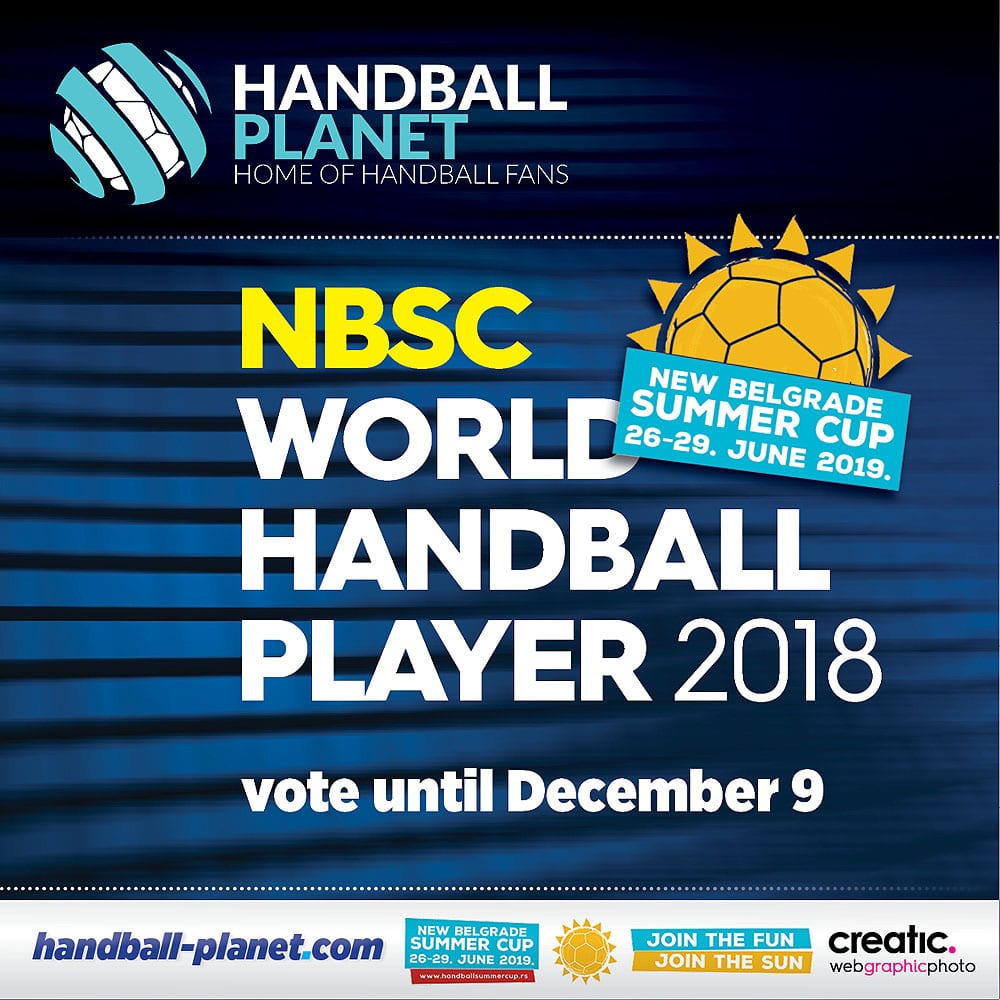 NBSC WORLD HANDBALL PLAYER 2018 project gathering together handball globe in the last eight years.  Handball journalists from all over the world nominated 32 best players for the official voting in which fans will be the last member of Handball-Planet.com Jury.

If you take a look on the list of nominations, it is clear to make conclusion that year2018 was in domination of French and Spanish handball stars. Nominated players coming 14 countries, among them France with 9 and Spain with 7 names making half of the number 32.

Denmark is on the place No.3 with three players while two have Croatia and Norway. Nine other countries have 1 representative – Iceland, Germany, Russia, Serbia, Montenegro, Switzerland, Argentina, Slovenia and Sweden.

The French champions PSG Handball didn’t won VELUX EHF Champions League, but they have the biggest number of nominations – 9, which put team of Raul Gonzales far away from the others. PGE Vive Kielce are on the second place with 4 players ahead of FC Barcelona Lassa, SG Flensburg Handewitt, Rhein Neckar Lowen and EHF CL finalists HBC Nantes. The reigning EHF Champions League winners Montpellier Handball have two players in Contest just like RK Vardar and Telekom Veszprem.

The list of 10 TOP teams, which players won nomination, is closing with the Danish Skjern Handbold.