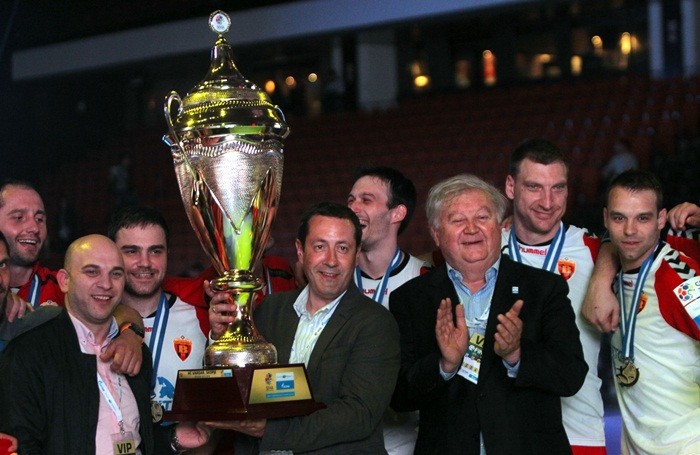 The long-time general sponsor of RK Vardar Skopje, currently the first man of SEHA Gazprom League, Mihajlo Mihajlovski, will overtake the club from Sergey Samsonenko from the start of the next season.

Mihajlovski, who was in the club until 2013, when Russian boss began to invest serious money in order to make EHF CL winning squad (RK Vardar did it in 2017 and 2019), has already made meeting with the players and searching for the new faces on the market.

“Dibirov, Kalarash, Cupic, Dissinger and other big names have option to stay and need to tell what are their demands”, write Macedonian media.

However, level of budget of RK Vardar Skopje can’t be so high as in previous years, but it is the most important for the club to survive.