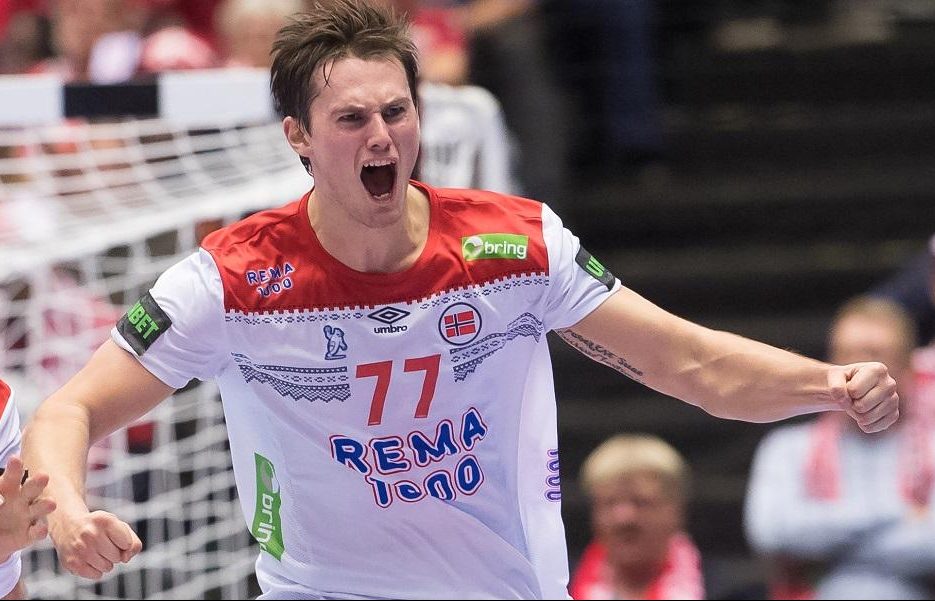 Sweden and Norway met on the Jyske Bank Boxen in one of the two Scandinavian clashes of this main round and the World Championship runners-up had the edge against the European runners-up, winning 27-30. The match was decisive for both teams in the quest of the semifinal spot and Norway caught up with the Swedish as they now have 6 points as well.

Norway was the first team to take the lead, the opener was scored by Sander Sagosen, and Niclas Ekberg netted the equalizer a minute later. The coached by Christian Berge were able to get a two-goal difference after a tight start and were leading 5-7. But on the 18th minute, with a goal from Hampus Wanne, Sweden took the lead for the first time in the match (9-8).

At 21 minutes, two consecutive goals from Jøndal set the equalizer for Norway (11-11) and from then on, they would not lose advantage. 14-14 with 3 minutes left of the first half was the closest Sweden was from the Norwegians on the rest of the match. On the last 180 seconds, the captained by Bjarte Myrhol were able to score three more times to take the lead to the locker rooms: 14-17.

On the second period, Norway simply were better than the Swedish. Despite having had more rest than their opponents, Sweden made many more technical mistakes and lost some balls that cost them the difference at the end of the last period. The Norwegian continued to count with the effectivity from Jøndal, who scored a total of 11 goals and was named best player of the match. After 7 minutes the score was 15-22, thanks to 0-4 uncontested goals from Sander Sagosen, Kristian Bjørnsen and Magnus Rød.

With 4 minutes left on the match, Sweden were able to shorten the gap to two after Kim Andersson’s goal for 25-27, but there was little time to catch up completely and the final score was 27-30 for the Norwegians, who also thanked some good interventions from Torbjørn Bergerud on the last minutes.

With this result Norway have 6 points and reach both Sweden and Denmark at the top of the table. The Norwegians will close their main round participation on Wednesday against Hungary while Sweden will face the home team who could secure their semifinal spot tonight against Egypt.