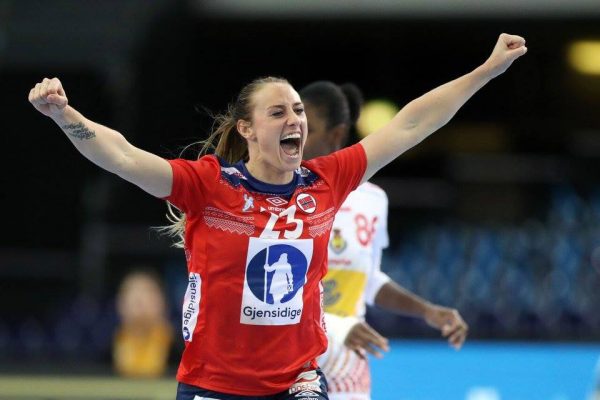 On the Arena Leipzig, Norway proved to be better than Spain in the eight-finals match and won 23-31 to proceed to the next round. The Scandinavians are defending the title obtained in Denmark in 2015.

On the second eight-finals match in Leipzig, Norway defeated Spain in great fashion after a tough fight. The defending champions were coming from a defeat in the group round against Sweden, but they changed the chip into knock-out stage mode and dominated during the greater part of the game. The Spanish defense was challenging for the Norwegians, but they managed to break through and finished the first half leading 10-13.

A very good performance from Katrine Lunde on the first half helped the coached by Thorir Hergeirsson “breathe” a little bit. But not too much, as the Spanish team continued to fight. However, the closest they were to catching Norway was the 13-15 after six minutes of the second period. The dominance of the European champions was just too much for the squad from Carlos Viver and the final result was 23-31.

“They were playing really fast handball, they are very good at moving the ball, so we were most focused on our defense, to play physically hard and stay more outside, to tackle them”, stressed Camilla Herrem after the match, and continued: “It’s so good every time to be in the quarter-finals. Before the game my stomach was like, with butterflies, it happens every time. Because we go from playing the group phase to suddenly going to knock out, so it means so much for everyone to be in the quarter finals, it’s a very good feeling”.

Norway’s next challenge in this World Championship will be against a well known rival: Russia. If there’s someone who might want to take revenge from past encounters, that’s Herrem. It’s true that the Scandinavians faced the coached by Evgeny Trefilov on the last EHF Euro in Sweden last December, and won, but the one painful loss was that of the semifinals of the Olympic Games in Rio de Janeiro. And the left wing remembers that ending quite vividly.

–This last game against them was hard (they played on the Bobelringen Cup before coming to the World Championship), we played to draw and then went to penalties and we won there. They have such a good team and such good players, so we need to be focused on everyone, but we know them very well

-Would you do it again?