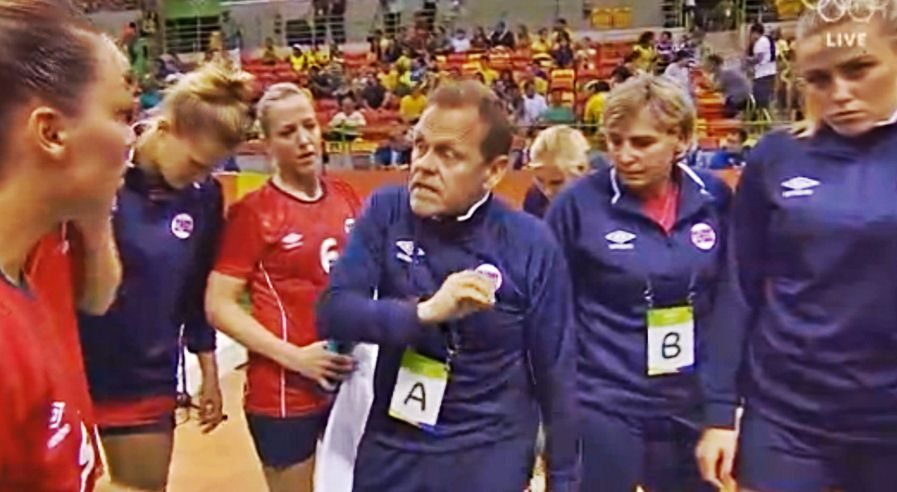 Tradition of losing the opening matches at big events for the best team of Century, Norway, continues in Rio! Team of Thorir Hergeirsson lost first match aganst Brazil 28:31, like it was in London against France or Russia in Denmark 2015 at World Championship. You know it already, at the end, Norwegian girls were on the highest place at three-level podium:

– No one of us is happy when you lose first match. We let too many easy goals against good team, who played with discipline and strong in attack – said Hergeirsson and commented about „first match tradition“:

–  I don’t know why it happens. Certainly, it wasn’t planned – concluded Icelandic coach on Norwegian bench.