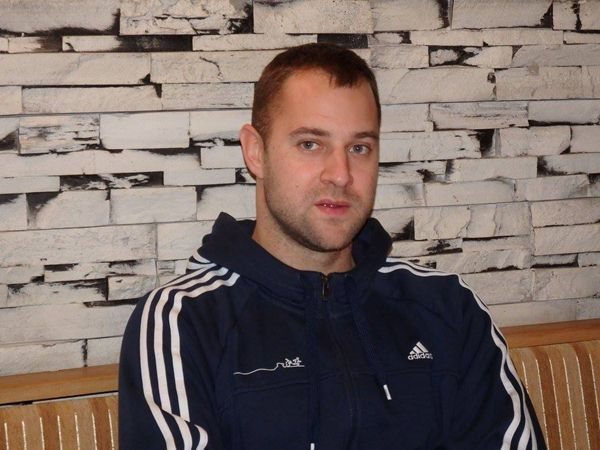 Great player development looks like a no-ending story for Croatian club RK Moslavina. After bringing Marko Mamic and Leon Susnja to the lights of high-quality European handball this club succeeded once again.

The ex-captain of RK Moslavina, goalkeeper Svebor Crnojevic, is a new member of German giant THW Kiel. On the north of Germany, the 32-year old Croatian goalkeeper will reunion with his compatriot Ilija Brozović whom with he played together in HRK Gorica in season 2010./11.

Just a couple of days prior his trip to Germany, Svebor spoke about his handball story to handball-planet.com:

How did you start in adults handball team?

I started to do some trainings with RK Moslavina’ adult team in 2000. My debut in Croatian Premier League was against Zamet. I think it was in 2001. First game – starting goalkeeper, since my teammates were busy and could not take a trip to Rijeka.

And Zamet was a very good team in that time, wasn’t it?

Exactly. It was a season when Robert Savkovic went back to Zamet from Swedish club Savehof who were dominant in European handball in that time. I remember saving plenty of his shots at my debut.

So you’ve been a goalkeeper in Croatian adult leagues for 15 years. Could you remember any transfer from that period that is quite similar to yours?

I don’t think there were these kind of transfers. Players usually played in Zagreb (former Badel 1862 op.a.) and moved to well-known European club afterwards.

How did your ex-teammates and family react on info that you are going to THW Kiel?

Everyone is happy and have a positive opinion about it. Do your best, succeed – classic.

You will debut on Saturday already…

Lets see if I will play. But – yes, and it will be a huge game. I’ll be a part of Kiel 2016/17 team and we will play against «The Friends of Dominik Klein» and THW Kiel all-stars. All in all – three teams and like Germans will make a great event out of it for sure.

Filip Jicha, Momir Ilic… Saving a Zeitz’ shot could be very tricky since it is ‘a bomb’.

And whose shots arein general toughest to save nowadays?

Wing players have developed a lot. Every winger can do a massive jump nowadays. They take more and more spin shots, waiting for a goalkeeper’s reaction… In my opinion wingers could be the most advanced handballers nowadays.

What was the key for standing out in Croatian Premier League?

My attitude and life experience. I’m 32 already… And this season was a good one. It was not successful for a team as we were relegated, but I can’t be  unhappy as an individual. It was a great beginning of a season, but we were hust short of players. As season went to it’s end, team’s defensive performances went down and it was much tougher for a goalkeeper.

You are quite in-detail guy when it comes to analysis of opponents. Have you started preparing for upcoming season already?

No, not yet. But I think it should be a regular approach to the game for any modern goalkeeper. He has to ‘read’ as many of opponent shots and allow himself to start the match as good as possible.

What could be advantages of a Balkan goalkeeper school compared to the Swedish one?

In my opinion it is experience that I found the most important. Since I got in 30’s I started to realize why goalkeepers are the most successful after they turn 30. That’s the time when they already have a bit of their own style, know how they should set up for a shot and how to save it.

Can we expect you to show some of your tricks in an all-star game?

Actually I do not have some special trick, but everyone can be sure that I will do my best to cheer up an audience – concludes the new ‘Zebra’.