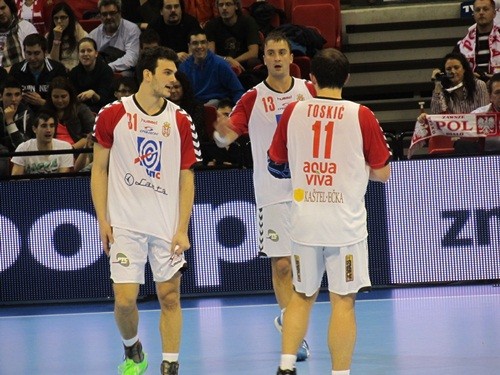 One of best DKB Bundesliga players this season, Petar Nenadić, will be in the roster of Serbian national team for the upcoming Men’s EHF EURO 2016! Fuchse Berlin playmaker received a call from NT head-coach Dejan Perić after a year and a half of silence between two sides.

-Of course, I will play in Poland. No doubt about that, I am a soldier of my country – said Nenadić for Balkan-Handball.com.

Nenadić has played last time in Serbian T-shirt at Men’s EHF EURO 2014 in Poland, where Serbian “EAGLES” were coached by Vladan Matić.

The 29 year-old goalscorer began his NT career at Men’s EHF EURO 2010 in Austria.

Dejan Perić decided to give a call also to left back Žarko Šešum, goalkeeper Darko Stanić, while still is unknown whether Momir Ilić will change his decision to retire from the national team.