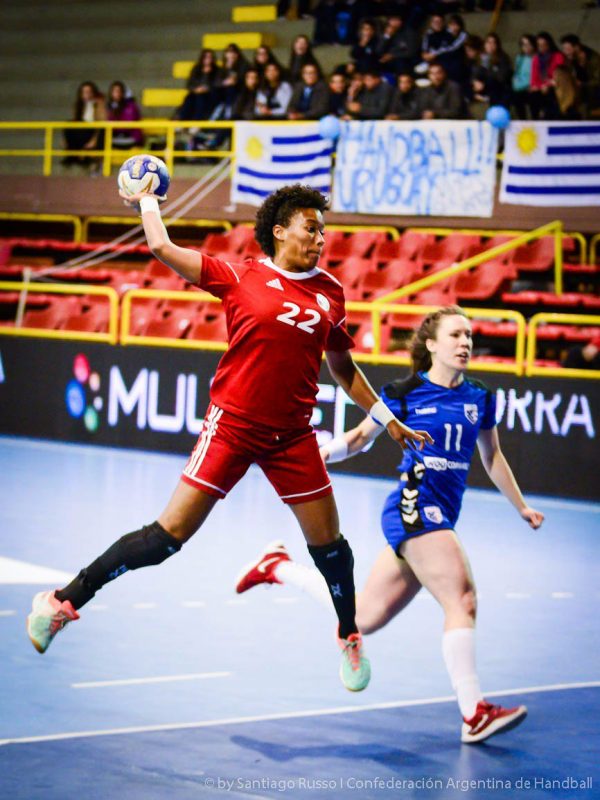 The two teams obtained victories on their debut in the Pan American Championship in Buenos Aires while Guatemala and United States added a new defeat.

On the opening match of the second day of the Pan American Championship Puerto Rico defeated United States by 29-25. It was a very tight match in which the Central Americans seemed to have found their way to the victory from the beginning, but met a high spirited team USA that fought hard throughout the 60 minutes. At times it looked like the conducted by Christian Latulippe would finally turn it around, but some unforced errors sentenced the defeat against an agile Puerto Rican team. The 4 goal difference was only a reality on the dying minutes of the match.

Today’s match was the debut of Puerto Rico in the competition and they started off with the right foot on their group A match against one of the rivals that might be aiming for a spot in the semifinals. The next rival of the team conducted by Camilo Ernesto Estevez Muiña will be Colombia, who will face Brazil later tonight. The North Americans will have a day off tomorrow and on Wednesday they’ll face against Colombia.

The second match of the day saw Uruguay make their debut on the tournament after their day off on the opening day of the championship. The “Charrúas” got a clear victory by 13-39 on group B against Guatemala, and showed that they can be some serious contenders on this tournament. With a nice flowing attack, they were able to find the spaces against a poor Guatemalan squad, who are one step behind the South Americans.

The conducted by Silvana Renom, who was part of the Uruguayan team that made the first appearance in a World Championship in 1997 in Germany, will try to qualify for a new ecumenic tournament, which will coincidentally will be played in that European country. Uruguay’s next rivals will be Dominican Republic while Guatemala will have a day off before they meet Dominican Republic on Wednesday.

All matches can be watched on this site: http://www.tycsportsplay.com/eventos.php?id=17