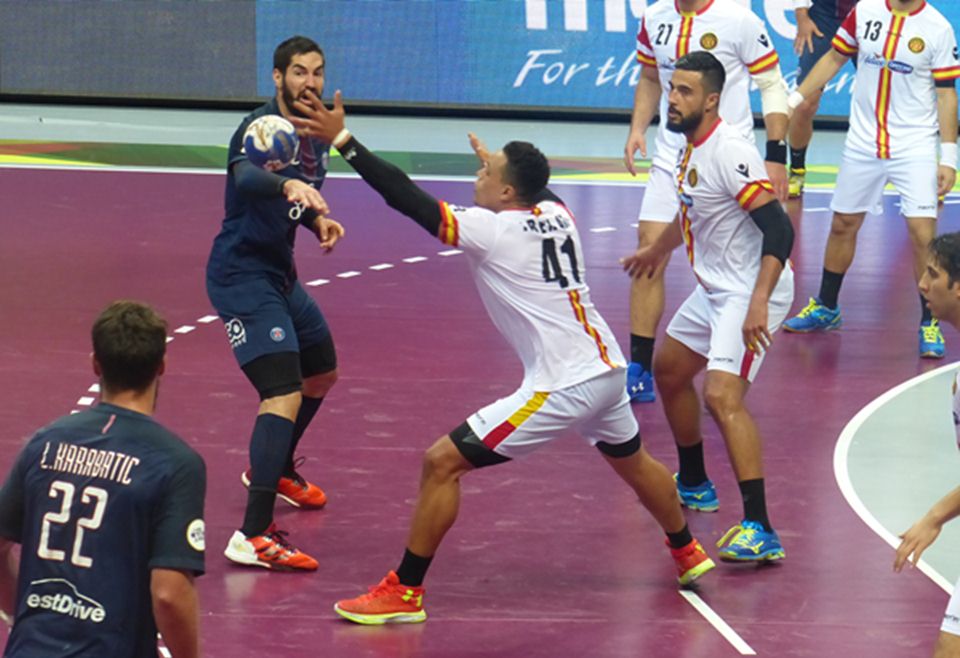 PSG Handball are the second-semifinalists of the IHThe best French team scheduled a fantastic semi-final clash against reigning EHF Champions League champions Vive Tauron Kielce on Tuesday F Super Globe 2016. (18), which will be the replay of EHF CL Final4 semi-final in Cologne, but also a highlight of the handball days in Doha.

It was obvious from the first second of the match that Tunisians skin will be expensive tonight in Doha. Supported by a few hundreds of their enthusiastic fans, Esperance forced tired PSG Handball stars to put „arbeit mode“ from the start.

Rough play of African team put two biggest stars of the French champions, Mikkel Hansen and Nikola Karabatić, on fire from the very begining. The MVP of the Olympic tournament, however,  was sent off with „blue card“ after only 22 minutes of the match, which means that Danish mega-star won’t be able to play at semi-final!

Karabatic overtook responsibliity for the nervous match at the start of the season and led his team to 21:18 at the half-time.

However, Africans stayed in fighting mood in the second part of the match. They have been always close – 24:23 (38.), but Mahmoudi (13), Boughanmi (8) and other Tunisian stars couldn’t make turnover.

On the other side, Zvonimir Noka Serdarusic used the fortune of his long bench, where Remili (6), Narcisse (3), Stepancic (3), were helped by Accambray, Mollgaard and others…

Gensheimer netted 10 goals for the winners.