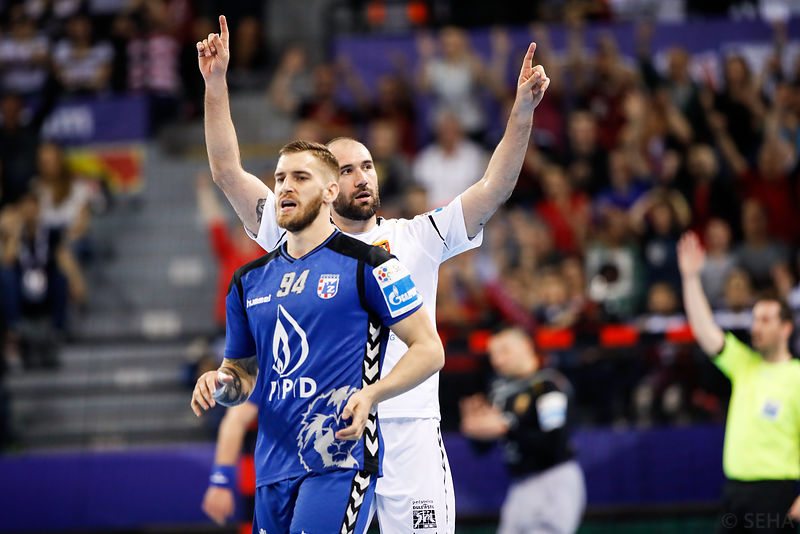 RK Vardar Skopje won the fourth title at SEHA Gazprom League in seventh season of the strong regional competition. The home team of the Final4 event in Skopje and reigning champion of the competition beat RK PPD Zagreb 26:24 (13:13) after interesting final in which Croats managed to stay in the balance until the last 10 minutes of the match.

Domestic team had 7:3 and 9:5 in the first half thanks to well-organized attack led by Luka Cindric, who was making chances to Dainis Kristopans and Vuko Borozan. With Domagoj Pavlovic in the main role, Zagreb almost leveled score until the end of the first half.

Good performance of the visitors at “Jane Sandanski” hall gave a chance Zlatko Horvat to score equalizer for 18:18 at 44th minute. The Croatian champions played very agressive in the defense with Pavlovic, Bicanic and Mrakovcic ain attack who forced Raul Gonzales to change his 5-1 defensive line with Canellas in front.

Luka Cindric and Dainis Kristopans led Vardar with five goals each, while on the other side Zlatko Horvat netted eight goals.