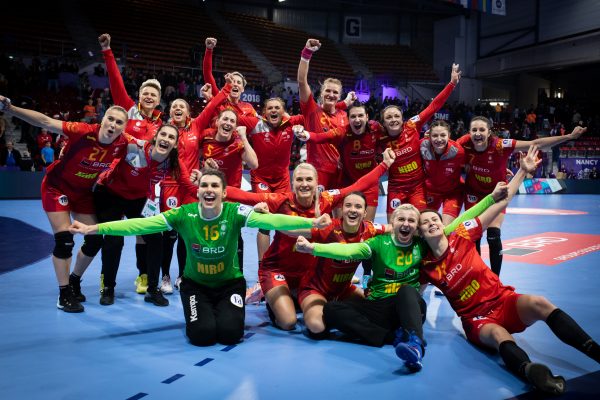 Romania are one step closer to the semifinals as they defeated a fierce Spain 25-27 in a thrilling match in Nancy. The Spaniards are still at the bottom of the group with 0 points, but left a much better image than that of the previous matches.

After a tough battle, Romania obtained the two points needed to keep their semifinal chances alive. But the match did not start easy for the coached by Ambros Martin. Spain stepped on court with great attitude and were leading 6-1 after the first 14 minutes.

Romania didn’t seem to be awake and Spain took advantage of it with good performances from Alicia Fernández and Nerea Pena. However, on the last 10 minutes of the first period, and with a great deal of help 24-year-old Denisa Dedu, the Romanians woke up, caught up on the scoreboard and finished with a -2 (12-10). After 11 minutes of the second half, Cristina Neagu scored to draw the match (15-15) and only a minute after Elena-Cristina Florica put Romania ahead for the first time in the match for the 15-16.

Right wing Carmen Martin put Spain ahead again scoring twice in a row (17-16) at the 14th minute, but 4 uncontested goals from Crina-Elena Pintea (3) and Florica (1) regained Romania’s lead (17-20). From then on, the captained by Neagu would not let go of the leadership, however, they wouldn’t be able to relax on the last few minutes, as Spain continued to push and score in search of their first victory on the main round. In the end, it was a two goal difference in a match that was very celebrated by the Romanians as they are now draw away from the semifinals in Paris.

Romania has accumulated 6 points and a draw against Hungary on the last match of the main round will qualify them to the semifinals in Paris for the first time in 8 years. Spain’s last commitment will be against Norway.