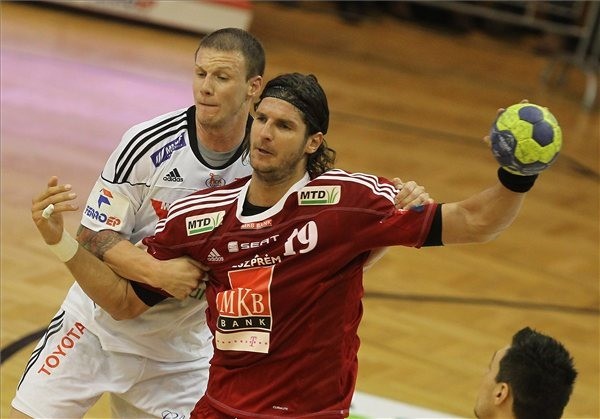 The match of the week at SEHA GAZPROM South Stream League will be played on Saturday in Veszprem, where home team will have season’s premiere in front of home fans against one of the biggest rivals in the battle for regional crown – RK Vardar Skopje. The teams who will play alongside in the preliminary Group of EHF Champions League, will have a good test two weeks before the start of European season. Match begins at 16.00hrs at „Veszprem Arena“:

– The tomorrow game is very important from the aspect of building our team. We want to play a good handball. We will play against an amazing team that is one of the best in Europe. I do not know what we can expect because this will be our first really tough match. We want to get into the Final Four in SEHA League, but we also prepare for our first game in Champions League. We know this will be a difficult game because they have very good players and a very good coach who does very good job here. Veszprém could get into the Champions League Final Four in the last year, and maybe in this season they will be even better. We know that they must build new players into their team and they can still improve, but I believe they can play very good handball already now – said RK Vardar head-coach, Raúl González Gutierrez.

– Both teams are in the building process because of the new players, but the match between Vardar and Veszprém is always a great match. We will play at home and we want to show our power. In this moment after three games, they received fewer goals than us, so their defense is good, but we will do everything for the win. We are in the same group with Vardar in the Champions League, but I do not think it would be disadvantageous for these two teams. This is similar situation like we have usually with Szeged. I think the SEHA League is stronger than the Hungarian Championship in this moment, but we have less time for trainings because of the longer travels, sometimes the matches are our trainings.

– My integration into the new team goes well. I have known some of my teammates for years and the head coach were my assistant coach previously, so my impressions are positive in connection with my new club, everything is great. Our goal is the Final Four in the SEHA League but we must think only step by step, we must play better and better. I guess we are far away from our best form. The Champions League will start soon we must practice for that too. I believe that this match won’t decide about the qualification to the Final Four. The Veszprém is much higher level than the other teams in the SEHA League. After Veszprém the next teams are on the same level like Presov, Brest and the two teams of Skopje, and I do not know on what level the Zagreb is now.

– I have a lot of new things to learn here in my new team, but they take care of me. I think it will be really good. We have three wins in SEHA League but now we will play against a very good team tomorrow. This will be our first match at home in front of our amazing crowd. We have less training in this session but we have positive feelings. It will be hard, but of course we will go for the three points.