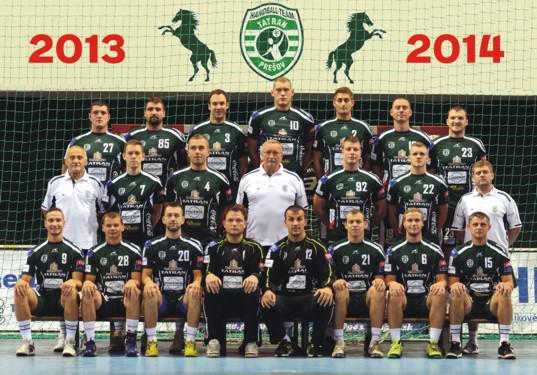 Although was favorites because play in front of home crowd, Meshkov Brest failed to emerge from a series of bad matches. This time, actual winner in Doboj, Tatran with this triumph at the very beginning of the season announced to attack the Final Four tournament. They participated in the first season, and last year nearly went into Top4 teams.

The hosts play this season very variable, not only in the preparation matches but also on their first official match. During the game, Meshkov only three manage to catch up result, and guests from Slovakia have twice lead by four goals (8-12, 9-13).

Little hope bring winger Ljubo Vukic scoring in 57 minutes for 28-28, but then followed the goals of Rabek and Kristopans, as both sealed the result in favor of the visitors.