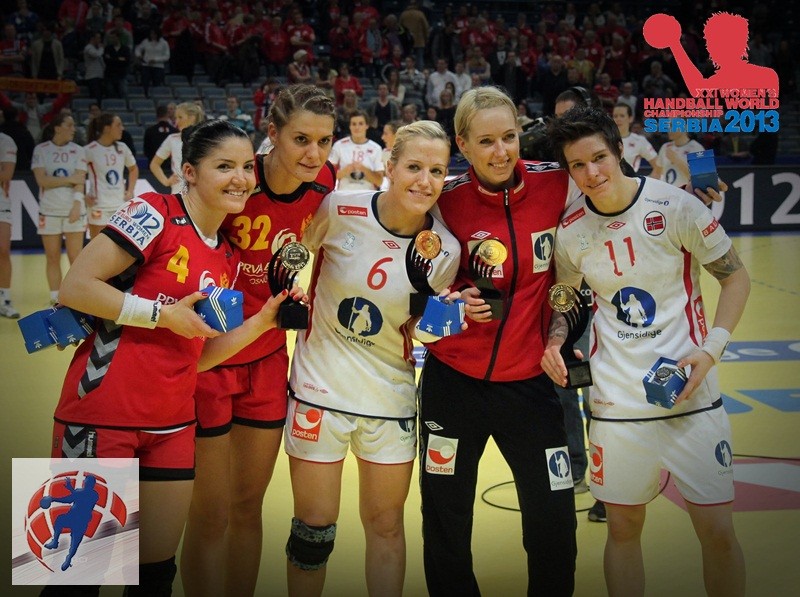 Four days before the official start of the Women’s World Championship 2013 in Serbia, Handball-Planet.com present the TOP 15 biggest start of the biggest handball event at the end of the year. The 24 best world’s national teams will meet in the four Serbian cities – Belgrade, Nis, Novi Sad and Zrenjanin in order to fight for the world’s crown which is still on the head of fantastic Norwegian girls (Brasil 2011).

Here are the most powerfull handball girls at the world’s stage:

WWCH 2013 begins on Friday, December 6 with the match between Serbia and Japan.