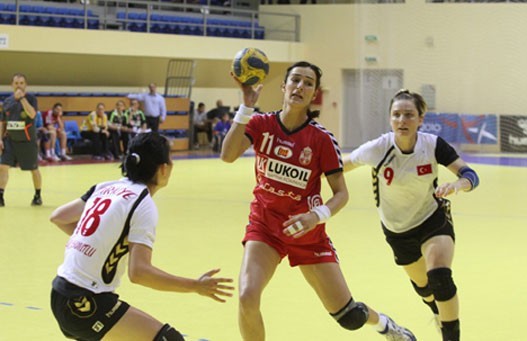 Share
Tweet
Share
Share
Email
Comments
The Serbian National team is preparing in their old base, hotel “Solaris” in Vrnjacka Banja, for everything that awaits them in the World’s Championship, which starts on the 6th of december in Nis with a match against the Japanese National team. Team Manager Sasa Boskovic has currently a list of 21 players, however the final decision on who will play will be madeafter the tournament in this renowned Serbian touristic destination, which will also be attended by Angola, Croatia and Macedonia.
– Croatia has a really good National team, that was not so lucky, as in the draw for the 2013 WC they played against the powerful French. Their team was not complete, which is the reason we won’t see them in this year’s competition. On the tournament they’ll bring the strongest possible team, because they are preaparing for EURO 2014 in front of their fans. Angola plays a very good handball. It is the best African National Team with quality players. Macedonia is as well a good team, despite the fact that we beat them on the Mediterranean Games last summer. This will be as well the tournament on which I’ll chose 19 players to go to Nis. From the list one pivot and back will drop off – said serbian head coach
TOURNAMENT SCHEDULE: