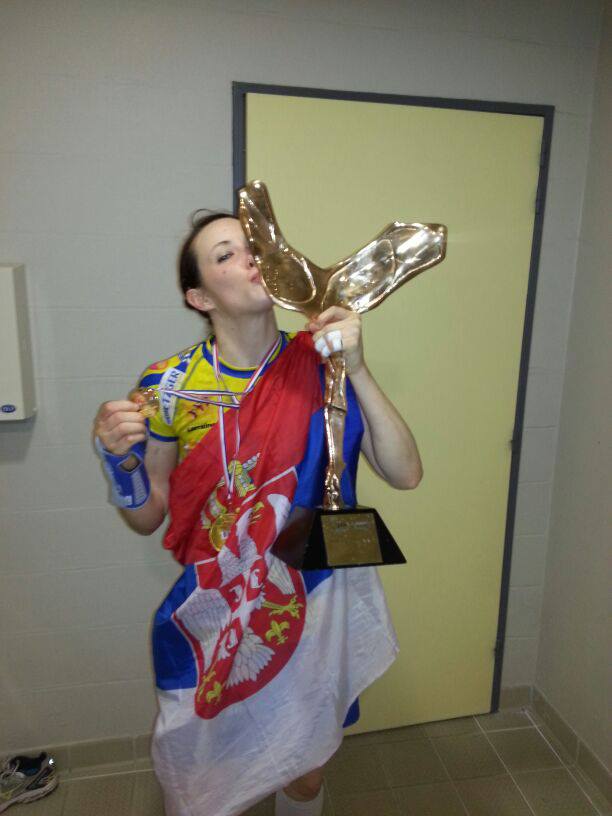 Serbian playmaker Kristina Liščević won’t be able to help her team-mates in action EHF EURO 2014. French Metz Handball member is injured during the training session and first predictions speakiang about not less than 6 weeks of break due problem with ankle ligaments.

– My first game has to be on December 28 – said sad “Kiki” for domestic newspaper Sportski Zurnal.

Lišćević was a part of the team who won the World silver medal at WcH 2013 in front ot 20.000 home fans in Belgrade.

Serbia will play in Group D with Montenegro, France and Slovakia. The Women’s EHF EURO 2014 will be played from December 6 to December 21 in Croatia and Hungary.