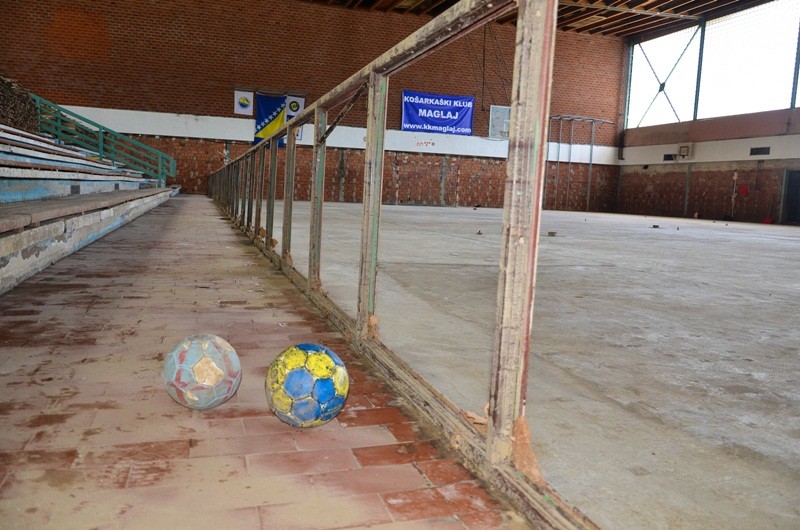 Serbia, Bosnia and Herzegovina and Croatia suffered a huge damage after the cataclysmic floods last May. Many cities was totaly under water, a lot of people lost everything they had and many serious infrastructure problems stayed after the water ceased to wild…

One of the cities which was totally flooded is Maglaj in Bosnia and Herzegovina. One of the symbol of this small town, place of gathering of the whole sports local population and the only place where children can play sports – Sports hall is totally devastated.

There is no more sports activity in Maglaj. How long will sports team and schools will be out of the home – nobody can predict. Damage is estimated at 400.000 EUR. That sum is necessary for the reconstruction.

Media and every kind of action began! The most popular Maglaj’s athletes right now, twins brothers, handball players, goalkeeper Benjamin and line-player Senjamin Buric, who were part of the Bosnian team who qualified over Iceland for the World Championship 2015 in Qatar made the VIDEO in cooperation with Balkan-Handball.com in order to show the world the level of catastrophe in their born city.

„This battle will be long and tough, but we had to fight for the sponsors who will help us“ – add RK Gorenje players.

If you can and want to help – please donate some small sum on the account for the „reconstruction of Maglaj’s hall“ or just share this link.