Spanish U20 team at the TOP of Europe! | Handball Planet 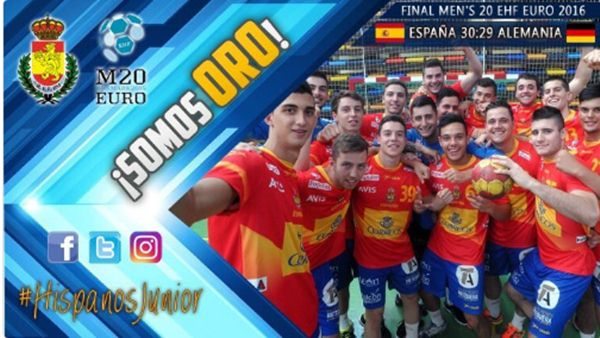 The Spanish generation 1996 is the best in Europe! Young Spaniards won the gold medal at the Men’s U20 European Championship in Denmark after extra-time against Germany 30:29 (25:25 – 12:9).

The bronze medal is won by France who beat Croatia 35:30.

At the end of the tournament best players were named into the All-star team. Xoan Menendez was named best goalkeeper, Lukas Mertens became best left wing. Dani Dujshebaev was awarded as best left back, Germany’s captain Tim Suton became the best centre back.