Struga 2013: Ivry and Metalurg for the trophy! | Handball Planet 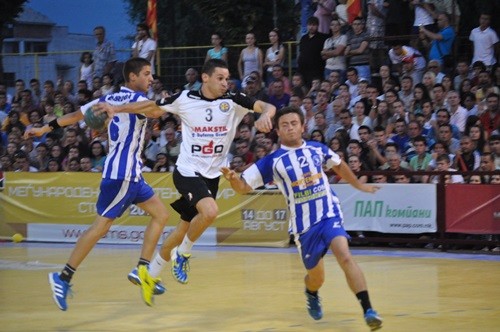 French Ivry Handball and Macedonian RK Metalurg will play for the trophy at the 41st International Tournament in Struga. Macedonian city on the beautiful coast of Ohrid Lake was the place where the best handball was played in region in the last three days. After Day 1, it was expected to see two best Macedonian teams in the final – RK Vardar and RK Metalurg, but French Ivry beat Vardar 30:29 after -8 (14:22) and won the first place in the Group. Before, Ivry tie with HCM Constanta 21:21, so that was enough to qualify for the trophy battle.