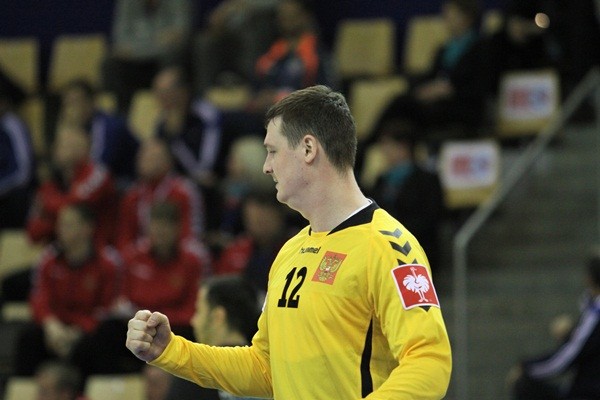 Serbian lads certainly didn’t do themselves any favor this evening, as Russia win27:25. It will be a sleepless night for coach Matić and his team, thinking where it all went downhill, as they dropped a 4-goal lead within 18 minutes of the first half. The defending vice-champions will wake up tomorrow, knowing they will have to regain control over their chances at the competition in a match against France, two days from now.

It was a confident start for Serbian team, as Vujin and Nikčević provided the early lead 5:9 in the 12th minute.  Suspension from Prodanović, followed by Nikčević hitting the post, signaled the warning. Turnovers came from Vujin and Nenadić, as Kovalev scored from the penalty, followed by a brace from Skopintsev bringing the score to 9-8. Shelmenko brought the game back to level terms, as Atman completed the 5-0 run. Team-captain Ilić, leveled the score once again with a first goal for Serbia in 6 minutes.
It was Russia that set the pace as Shishkarev made it 12:10 with less then 10 minutes to play in first half. Serbia took the chance to catch up with a string of good saves from Stanić, as Nenadić hits the bottom-left for 12:12. After a spell in which Russia regained a one-goal lead, it was Ilić who tied the score to 14:14 just before the half time whistle, with a last-second goal.

The second half began with Serbian teampersistent in it’s antics. ‘The Eagles’looked complacent, as Russia determinately set the lead from early on. Evdokimov sets the lead to 4, assisted by Gorbok, making it 18:14, 37 minutes into match. Serbia fought back with Stojković earning a penalty for Vujin, to make it 21:20. Another penalty from Vujin after the time-out for Serbia, insured a one-goal deficit going into the last two minutes of the match with 25-24. A rather petulant Nenadić, earns himself a last-minute suspension, as Kovalev seals the deal for Russia in the last minute of the game. The late effort from Nikčević did nothing but to cushion the blow, with 27-25 the final score.

Goals from Vujin and Nenadić, with 6 and 5 respectively, didn’t help Serbia to avoid defeat, as Russia secure their first points upon Evdokimov’s 5. With nothing yet decided in the Group C, Russia will face Poland, while Serbia will play against France on Friday, to decide who will take the points into the Main Round.
STATISTICS