No surprises in Velenje: HSV in control, 29:36 | Handball Planet 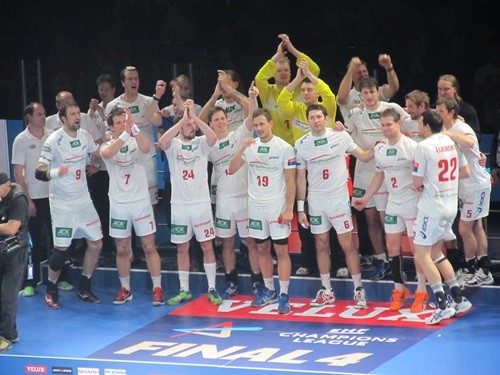 The defending champion, HSV Hamburg left no room for surprise from the start of the match as they controlled the match throughout. The leading scorer of the game for the home team was Skube, but7 goals from the 24-year old middle back were not enough to get something from convincing HSV tonight. For HSV Hamburg it was Adrian Pfahlwho led the score sheet with 6, followed by Joan Canellas who continued on his great Euro form, with 5 goal to his name.

Despite having a good start to the match being tied at 11:11 in the last ten minutes of the first half, Gorenje missed the chance to mount an upset and surprise the home fans. HSV secured a comfortable lead late in the half, with the last five minutes of the first period were married with mistakes from the home team. Der HSV pounced on the chance to get the more formidable lead 11:14with a 3:0 series to the devastation of Gorenje who came so close to edging the half in their favor. With HSV being six goals ahead it was 13:19as the game approached the half-hour mark.

After less than impressive finish of the first-half in front of the home crowd, Slovenian teamseemingly got themselves together in a bid to come back into the match.Determined to catch up on the six-goal deficit set by the German team the home team struck GermanBundesligaoutfit with a 7:3 run, with the score 17:20five minutes into the second half. Despite the spells of good team play and defending mid-way through the second period, Gorenje players were unable to come close to leveling the score. Their response was short-lived, as Hamburg instantly fought back,maintaining the four–goal cushion mid-way through the second half with the score 21:25. HSV were in control going into the last ten minutes of the match, with every attempt by Gorenje to get something from this game got an immediateresponse by the incisive German side; 24:27. The very last minutes of the match saw Gorenje barely holding on, as their goal to make it 26:29 came with a stern response from the incisive HSV who made a 7:3 run of their own in the dying minutes to put an end to this match, with 29:36 the final score; to disappointment of the vast majority of 1500 spectators in snowy Velenje. This result saw little change to the standings on the EHF Champions League group D table, as HSV Hamburg is still top of the group with 14 points. Gorenjewill still occupy fourth place in the groupbecause of better goal-difference,despite now being tied with La Rioja with six points from eight matches both.