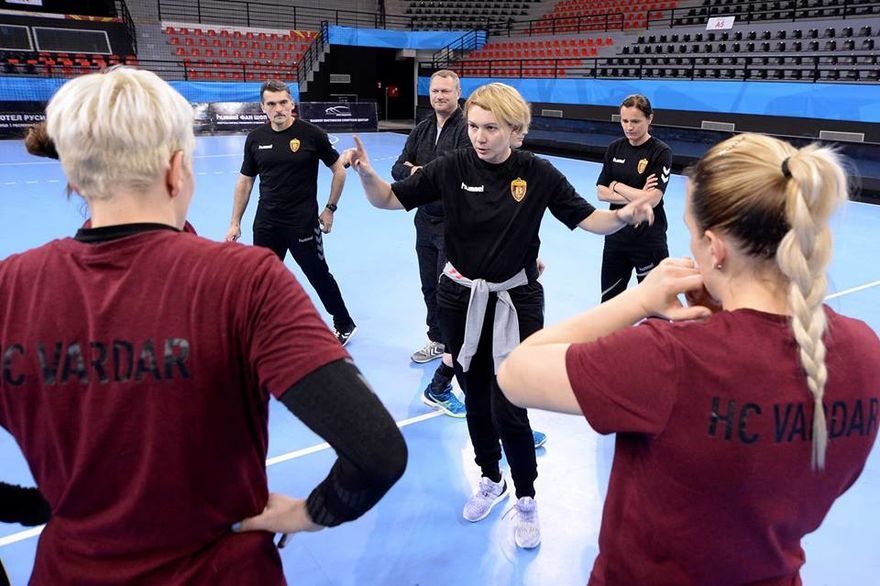 The Russian boss of WHC Vardar Skopje, Sergey Samsonenko, is in playing mood again. After surprising convincing defeat in French Metz over home team 42:28, which was second in a row after home loss against ZRK Buducnost, the chairman of Macedonian champions decided to change the coach again!

Spaniard David Davis is going back to the men’s team for the second time, where he will continue to work as an assistant of Raul Gonzales. David was the third solution on the bench in this season as long-term coach Indira Kastratovic was replaced by Samsonenko in the middle of the season. After few matches on the bench, Russian boss put Davis in charge.

The new coach is Irina Dibirova (ex Poltoratskaya), one of the biggest names of Russian handball in the last decade, fantastic playmaker, but without any coaching experience. The wife of Timur Dibirov will try to reach the basic goal – qualifing to Women’s EHF Champions League Final4 in Budapest, as quarter-final is already ensured.

However, coach with lack of experience will hardly help the team who is desperately looking for the European elite competition title.