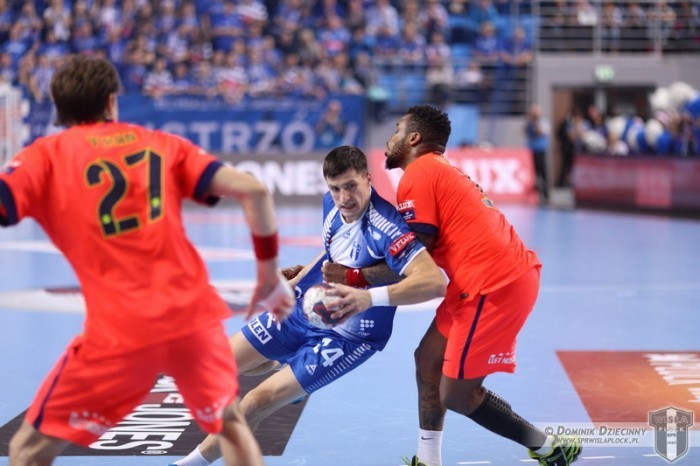 To celebrate the return of the biggest handball club competition this week we present a guide to this season’s Champions League, the key actors and stories. Most games will be broadcast freely on www.ehftv.com.

Main storyline: The group stage of the Champions League has been very predictable for the last few years, so the European Handball Federation went for a radical reshuffle and created a two-tier system. The big clubs play each other in Groups A and B, with the group winners qualifying directly to the quarter finals. Smaller clubs fight each other in Groups C and D for the chance to compete against one of the big names in the second round. But will the changes make for a better competition? Favourite: BarcelonaBiggest rival: VeszprémOutside bet for the title: Flensburg-HandewittMy Final4 forecast: Barcelona, Veszprém, Paris Saint-Germain, Kielce Seven players to watch: Gonzalo Pérez de Vargas (goalkeeper, Barcelona) Henrik Toft Hansen (pivot, Flensburg-Handewitt) Manuel Štrlek (left wing, Kielce) Nikola Karabatić (left back, Paris Saint-Germain) Dean Bombač (playmaker, Pick Szeged) Alex Dujshebaev (right back, Vardar) Gašper Marguč (right wing, Veszprém) Five unmissable group ties: Kiel – Flensburg-Handewitt (3/10/2015 in Kiel and 10-14/2/2016 in Flensburg), the North Germany rivals meet in the Champions League for the third year running, with Flensburg showing signs of surpassing its southern neighbour. Kielce – Barcelona (17/10/2015 in Poland and 2-6/12/2015 in Spain), a rematch of last season’s semi-final, with a bye to the quarter finals likely on the line. Veszprém – Kiel (17/10/2015 in Hungary and 2-6/12/2015 in Germany), Aron Pálmarsson comes up against his old team, with something to prove. Vardar – Kielce (24/10/2015 in Macedonia and 25-29/11/2015 in Poland), a rematch of the most competitive quarter final from last season. Paris Saint-Germain – Veszprém (25/10/2015 in France and 25-29/11/2015 in Hungary), Veszprém have defeated PSG in the quarter final in each of the previous two seasons, and this time they are likely to be fighting for the top spot in Group A. Every team in my expected order of finish:Group A1. MKB-MVM Veszprém – cannibalising Kiel for star players has helped the Hungarian champions do better in each of the past two seasons; this time around nothing less than the title would do.2. Paris Saint-Germain Handball – if Nikola Karabatić leads PSG to the Champions League title he would be making a very strong claim for the label of the greatest handball player of all time.3. THW Kiel – having lost the heart and soul of the team in Filip Jicha, the German champions are likely to take a step back at the same time that their competitors are closing the gap.4. SG Flensburg-Handewitt – the 2014 European Champions continue to load up on world-class young players and should have a strong season.5. Orlen Wisla Plock – Spanish coach Manolo Cadenas is going to keep the perennial Polish runners-up competitive in the Champions League.6. HC Prvo plinarsko drustvo Zagreb – Zagreb continues to offload its best players, reload with the best talent in the Croatian league, and is still a nightmare match for anyone on their home court.7. RK Celje Pivovarna Lasko – Another Balkan team that relies on domestic talent and remains competitive despite its star players departing each summer.8. Besiktas Jimnastik Kulubu – the Turkish champions are in the competition for the second year in row, but do not bring the same kind of quality that the rest of Group A does. Group B1. FC Barcelona Lassa – no team has repeated as champions since the Final4 format was introduced in 2010, but Barcelona are the favourites after replacing Nikola Karabatić with Filip Jicha.2. KS Vive Tauron Kielce – year 3 of the Talant Duyshebaev experience in Kielce is characterised by roster stability and expectations that are as high as ever.3. HC Vardar – the domestic challenge from Metalurg has waned, so Vardar are able to focus more of their attention on the Champions League and the quest to finally make it past the quarter finals.4. MOL-Pick Szeged – Hungary’s runners-up have proved during the last two seasons that they can go toe-to-toe with the best teams in Europe, and will once again present a tough challenge for the teams with Final4 ambitions.5. Rhein-Neckar Löwen – the German runners-up lost world-class goalkeeper Niklas Landin Jacobsen and pivot Bjarte Myrhol, but have brought in quality replacements and should remain competitive in Europe.6. KIF Kolding Kobenhavn – having started last year’s competition on fire before flaming out spectacularly, the Danish champions’ objective for this season is to perform consistently.7. Montpellier HB – slowly re-establishing itself after a betting scandal decimated the former French champions, Montpellier will likely be fighting for the last spot in the second round.8. IFK Kristianstad – the Swedish champions do not belong with the rest of their group rivals, and it would be a huge shock if they earned even a single point. Group C1. Naturhouse La Rioja2. HC Meshkov Brest3. TATRAN Presov4. Vojvodina5. Futebol Clube do Porto6. Chekhovskie Medvedi Group D1. Skjern Handbold2. Kadetten Schaffhausen3. HCM Baia Mare4. HC Metalurg5. Elverum Handball Herrer6. HC Motor Zaporozhye